Trump Will Ask Congress, Not Mexico, To Pay For His Ridiculous Border Wall 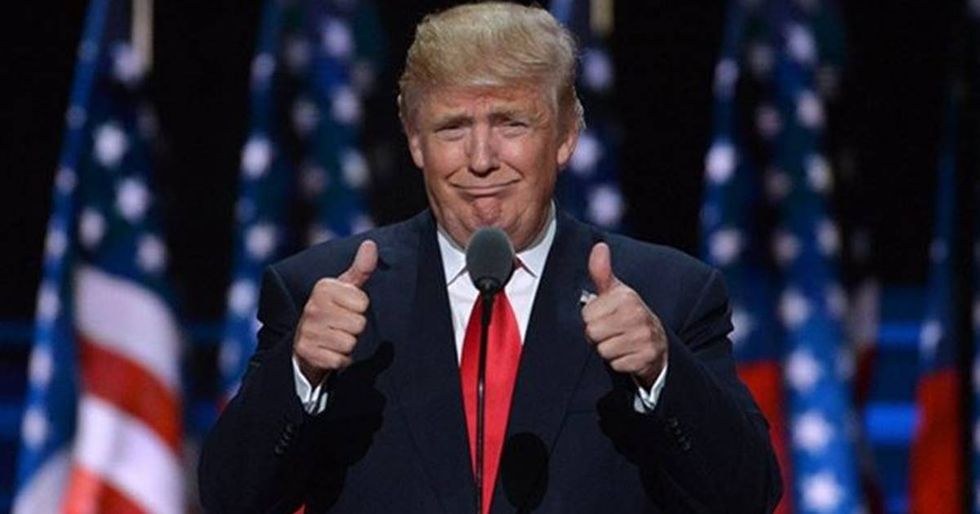 Back in November, GOOD reported that president-elect Donald Trump’s plan to build a wall across the U.S.-Mexico border was a racist pipe dream that would cost tens of billions of dollars and accomplish just about nothing. “I will build a great, great wall on our southern border, and I will make Mexico pay for that wall. Mark my words,” Trump was fond of saying throughout the 2016 campaign. But as of yesterday’s report from CNN, he appears to be changing his tune, and U.S taxpayers will be paying the piper.

“President-elect Donald Trump’s transition team has signaled to congressional Republican leaders that his preference is to fund the border wall through the appropriations process as soon as April, according to House Republican officials,” CNN reported. Later, Trump jumped on Twitter claiming that Mexico will be billed for the wall down the road. As if it was that easy to get a foreign government to cough up billions for an infrastructure project it had no interest in building. Yet, millions Americans believed it would happen.

The dishonest media does not report that any money spent on building the Great Wall (for sake of speed), will be paid back by Mexico later!
— Donald J. Trump (@Donald J. Trump)1483701589.0

The Trump transition team believes it’s authorized to build the wall based on a bill passed by the Bush administration in 2006. But the bill does not authorize the tens of billions the wall will require. So Republican lawmakers will have to tack billions to a spending bill that must pass by April 28th. “It was not done in the Obama administration, so by funding the authorization that's already happened a decade ago, we could start the process of meeting Mr. Trump’s campaign pledge to secure the border,” Indiana Republican Rep. Luke Messer said.

Trump’s statement that the U.S. will be “paid back by Mexico later” is a smoke-and-mirrors attempt to instill hope in his most gullible supporters. Breaking a pledge that was the cornerstone of his election platform is bound to cause some blowback from even his most ardent defenders. But they should have seen it coming. Trump claimed he made no attempt to ask Mexico to pay for the wall when he met with its president, Enrique Peña Nieto, back in August. But Peña Nieto refuted his claim saying, “At the beginning of the conversation with Donald Trump, I made clear that Mexico will not pay for the wall.”