The largest resistance movement in American history is growing 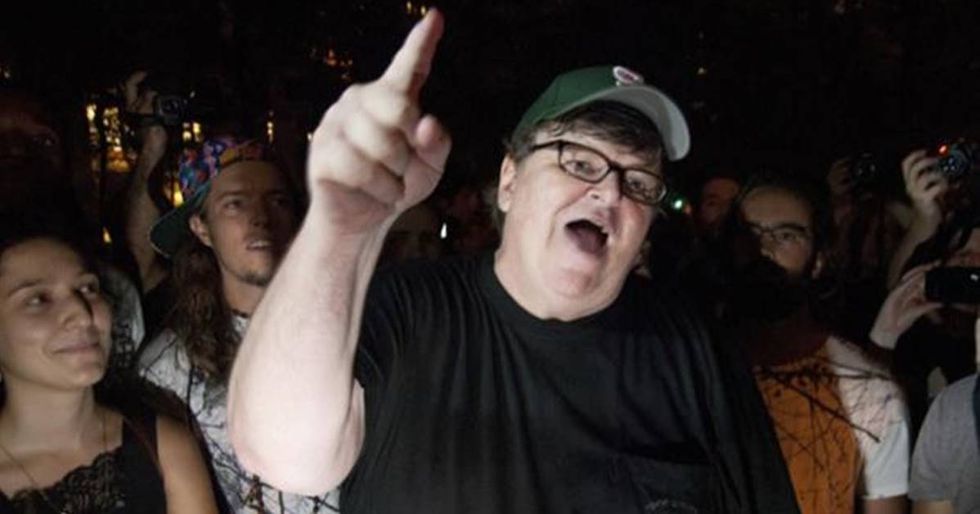 The election of Donald Trump as President of the United States has inspired what may become the largest resistance movement in American history. Trump’s attacks on immigrants, women, science, health care, and basic human decency has provoked millions of Americans to take a stand. So these days, many people are asking themselves, I want to help the resistance, but what should I do? That’s where filmmaker/activist Michael Moore steps in.

Moore has put together a call to action for all Americans under the title “The Michael Moore Easy-to-Follow 10-Point Plan to Stop Trump.” It outlines 10 ways every American can influence those in power to fight back against the Trump administration’s attacks on civil liberties, health care, immigrants, religious minorities, and women’s rights. Moore also believes the resistance movement should put pressure on legislators to investigate Trump’s ties to Russia.

Here’s an abridged version of Moore’s ten-point plan. You can read it in its entirety on Moore’s website.

Tuesday — Call the first of your two State Senators

Wednesday — Call your other U.S. Senator

Friday — Call your other State Senator

2. THE MONTHLY VISIT: To add even more pressure, SHOW UP! Your member of Congress has a local office in your town or somewhere nearby. So do both of your U.S. Senators (often in the nearest federal building). Go there and ask to speak to their aide about the issues we’re facing (again, I will continually post them on my social media sites).

3. YOUR OWN PERSONAL RAPID RESPONSE TEAM: You and 5 to 20 friends and family members must become your personal RAPID RESPONSE TEAM. Sign everybody up so that when we need to leap into action (like we did at the airports the hour after Trump signed his Muslim Ban), you can email and text each other and make an instant plan.

4. JOIN! JOIN! JOIN!: We all know it’s time for all of us to be part of a greater whole, so let’s actually physically sign up online and JOIN some of our great national groups. I’ve joined Planned Parenthood, ACLU, Black Lives Matter, Democratic Socialists of America, and ERA Action.

5. THE WOMEN’S MARCH NEVER ENDS: Consult the Resistance Calendar to find out what actions are taking place near where you live.

6. TAKE OVER THE DEMOCRATIC PARTY: The old leadership has to go. God love ’em for their contributions in the past, but if we don’t enact a radical overhaul right now, we are doomed as far as having a true opposition party during the Trump era.

7. HELP FORM BLUE REGIONS OF RESISTANCE: If you live in a Blue State, you have one of the MOST important tasks to complete: Show the rest of America what it looks like when Trump isn’t in charge!

8. YOU MUST RUN FOR OFFICE: Why not take out a petition today and run next year?

10. JOIN THE ARMY OF COMEDY: Trump’s Achilles heel is his massively thin skin. He can’t take mockery. So we all need to MOCK HIM UP! Use your sense of humor and share it with people.