Why is it legal to pay workers with disabilities less than minimum wage?

Now the government wants your feedback on this policy. 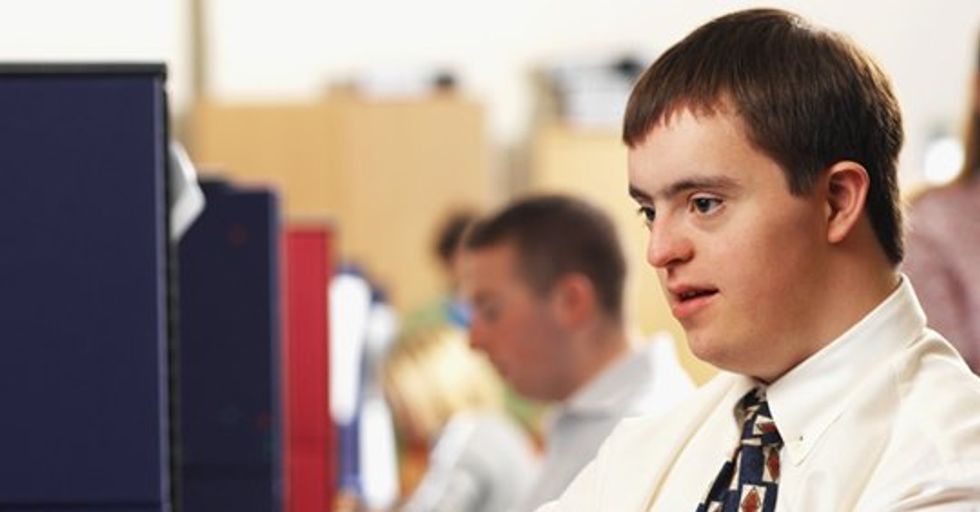 When the Americans With Disabilities Act (ADA) became law in 1990, it offered legal protections to prevent discrimination against employees with disabilities in the workforce. There is one law it did not overturn — the ability for employers to pay some workers with disabilities less than minimum wage. Now the government is asking for feedback on this law in a national online dialogue.

The Fair Labor Standards Act (FLSA), which was passed in 1938, mandated protections for most workers across the country. Most notably, it guaranteed a minimum wage. FLSA also included another provision, section 14(C), that legalized subminimum wage for some people with disabilities. The initial purpose of issuing 14(C) certificates was to give companies financial incentive to hire “workers who have disabilities that impair their productivity for the work being performed.”

According to a database kept by the U.S. Department of Labor, nearly 100,000 workers with disabilities get paid under a 14(C) waiver. Employers must submit an application to receive approval to pay workers subminimum wage — it’s not available to every employer. A 14(C) certificate also does not allow any employer to pay any person with a disability at subminimum wage.

“Section 14(C) does not apply unless the disability actually impairs the worker’s earning or productive capacity for the work being performed,” according to a Department of Labor fact sheet. “The fact that a worker may have a disability is not in and of itself sufficient to warrant the payment of a subminimum wage.”

To receive a 14(C) waiver, employers must calculate the time it takes an employee without disabilities to complete a task compared to an employee with disabilities. For example, if it took a non-disabled worker five minutes to assemble a part at $12 an hour and a disabled worker took three times as long to assemble the same part, under section 14(C), the employer could legally pay the disabled worker three times less or $4 an hour. An NBC News investigation found one Goodwill location paid workers as low as $0.22 an hour. Current federal minimum wage is $7.25 an hour.

The 14(C) provision in the Labor Act, however, is often prone to exploitation by bad-actor companies. In 2018, for example, the Labor Department revoked the 14(C) certificate of Rock River Valley Self Help Enterprises in Illinois. An investigation found nearly 250 employees with disabilities were exploited. After some shifts, Self Help paid employees with gift cards rather than a paycheck.

There are other factors that may keep people with disabilities locked into low income or lower-paying jobs. Karin Willison, The Mighty’s disability editor, pointed out critical disability benefits such as supplemental security income (SSI) and Medicaid coverage require you to have less than $2,000 in assets if you’re single and $3,000 as a couple. This makes it more challenging for people with disabilities who want to work.

According to Vox, another part of the issue is society has historically had low expectations for people with disabilities. People with disabilities are often segregated at jobs like “sheltered workshops” (now classified as “work centers“) that hire only workers with disabilities to do menial tasks, pay subminimum wage and may offer some rehabilitation or skills training. Work centers are just one type of employer that can qualify for a 14(C) certificate.

Thanks primarily to disabled advocates who fought for inclusion, Vox noted the attitude people with disabilities aren’t capable or need to be segregated is starting to change. The U.S. Department of Labor’s Office of Disability Employment Policy (ODEP) national online dialogue on section 14(C) is a step toward reevaluating employment opportunities for people with disabilities.

To share your feedback about section 14(C) and fair labor standards for people with disabilities, visit the Department of Labor’s national online dialogue forum here.

This article originally appeared on The Mighty. You can read it here.