Did A NASA Live Stream Capture A UFO Above The Earth’s Atmosphere?

The object came into view and the stream mysteriously cut off 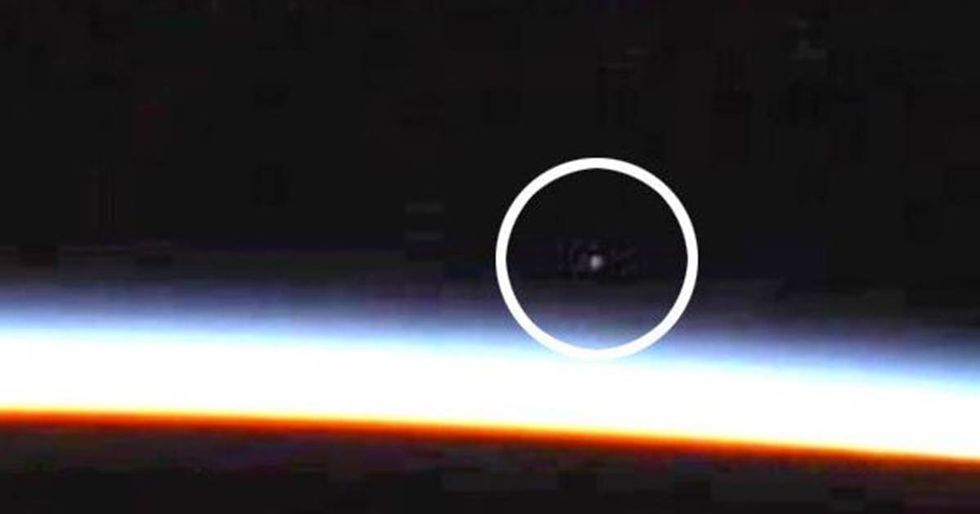 Is the United States government covering up information about extraterrestrial life and UFOs? If Hillary Clinton is elected president, we may find out. In a radio interview last April she said, “I want to open the files as much as we can.” And when asked about UFOs she gave a surprisingly candid answer: “There’s enough stories out there that I don’t think everybody is just sitting in their kitchen making them up.” If Mrs. Clinton is elected president, there’s a new video going around that UFO enthusiasts should press her to force NASA to come clean about.

Earlier this month, a live-streaming video from the International Space Station captured a UFO just outside of Earth’s atmosphere. As soon as the object came into view, the video mysteriously cut off. Was it space junk? Tiangong-1, the lost Chinese space station? An alien space craft? The video’s poster, Street Cap1, thinks it may be a meteor, but isn’t sure. “Remember a ufo is an unidentified flying object,” he wrote on his post. “This could well be a meteor or the like. What made it interesting was the camera cut off when the ufo seemed to stop.”

Tabatha Thompson, a NASA spokesperson, released a statement saying that NASA technicians do not shut down the live stream when UFOs appear. “The station regularly passes out of range of the Tracking and Relay Data Satellites (TDRS) used to send and receive video, voice and telemetry from the station,” she told Valuewalk. NASA added to their cover up story telling UK’s Mail Online that the object may have been a reflection. “Reflections from station windows, the spacecraft structure itself or lights from Earth commonly appear as artefacts in photos and videos from the orbiting laboratory,” a spokesperson said.