A company has introduced a line of women-only buses. 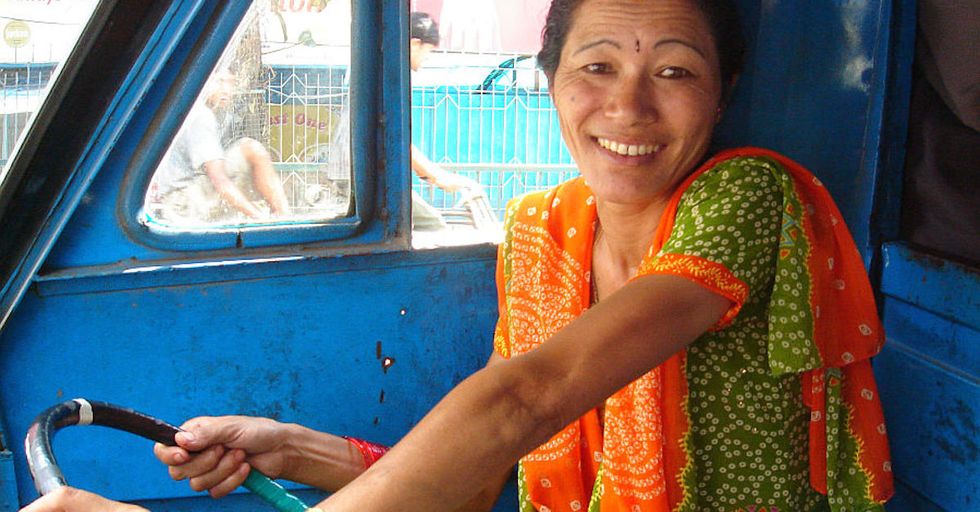 According to a World Bank study, one in four women in Nepal have experienced some kind of inappropriate touching while riding public transportation. Women comprise at least a third of all riders in the country, but many of them feel anxiety and fear commuting in public buses. And women in Nepal have been campaigning passionately to end sexual harassment and make public transportation, as well as other public domains, safer for women – in the meantime, however, one private company has offered them an alternative: women-only buses.

The government-approved minibuses began service this week, offering women—and only women—rides in the capital of Kathmandu. There are currently only four buses running, but the Bagmati Transport Entrepreneurs’ Association (BTEA), which manages the buses, says they have plans to introduce a women-only shuttle service as well. A Nepalese regulation requires that buses have designated women-only seats, but it’s not effective.

“Though seats are allocated for women, we are not able to get them, especially during office hours when the buses are crowded,” said one woman to the Himalayan Times.

Public transportation safety is an important equality issue that’s not just about mobility: it’s about economic and social empowerment. It’s an issue that’s come to the forefront in Nepal and India, where a growing number of women are not only taking public transit but also driving public vehicles—and experiencing harassment while doing so.

Many women rely on public transport to get to work and perform other civic engagements. Denying them access to transportation means restricting them to the home and limiting their visibility in the public eye. Women-only domains are about creating safe spaces for women in a world where they are consistently denied safety. But there needs to be a two-pronged approach to stopping sexual harassment, and the other prong should also be focused on educating men, not getting rid of them.