“There was carnage on the road. Bodies everywhere” 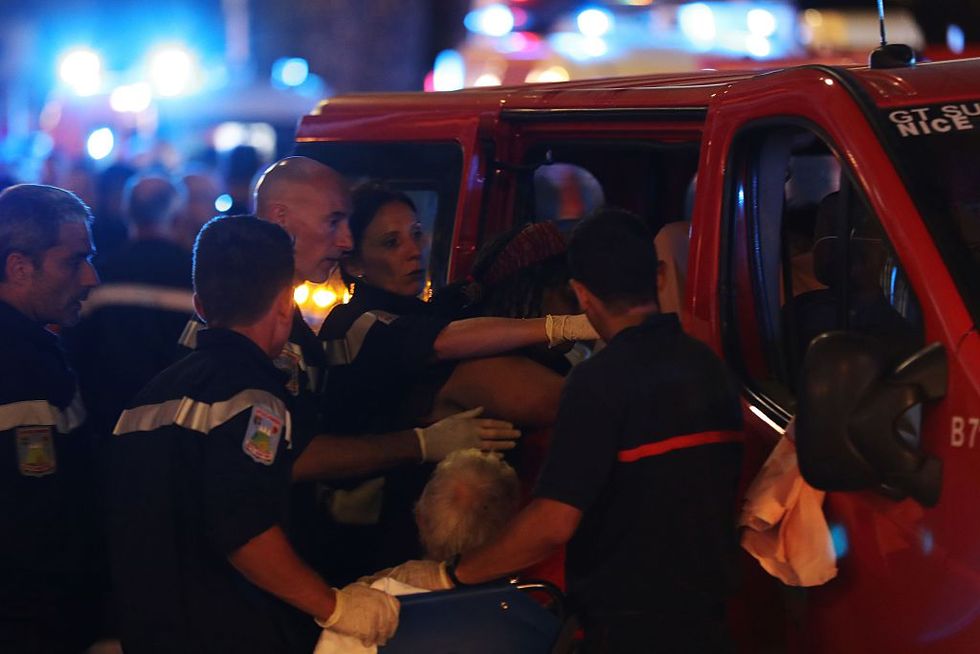 On Thursday at least 84 people—including two Americans—were killed during a Bastille Day celebration in Nice, France, after a grenade-filled tractor trailer truck drove straight into the crowd.

Regional President Christian Estrosi told CNN affiliate BFM-TV, the attack began after the occupant of the truck shot into the crowd. He then drove for 2 kilometers along the pavement before driving directly into the crowd. The attack ended after a shootout with the driver, who was shot and killed by police.

Wassim Bouhlel, a Nice native, told the Associated Press, “There was carnage on the road. Bodies everywhere."

While no group has claimed responsibility for the event, French President Francois Hollande called it a definitive terror attack in a televised statement. “France was hit on the day of her national holiday, the 14th of July, symbol of liberty, because the rights of man are denied by fanatics and France is inevitably their target,” said Hollande. President Barack Obama also called it a terror attack in a statement.

“On behalf of the American people, I condemn in the strongest terms what appears to be a horrific terrorist attack in Nice, France, which killed and wounded dozens of innocent civilians,” Obama said. “We stand in solidarity and partnership with France, our oldest ally, as they respond to and recover from this attack.”

Little is know about the man who drove the truck, though his papers allegedly indicate he is a Frenchman of Tunisian descent, with a criminal record but no known ties to terror organizations.

The Americans killed in the attack were identified as Sean Copeland, 51, and his 11-year-old son, Brodie. They were on vacation from Texas.

This breaks my heart. 11-year old Brodie Copeland and his dad were killed in #Nice attack. On vacation from Texas. https://t.co/sjEjEeCWyy
— Chris Stewart (@Chris Stewart)1468574051.0

France was still in a declared state of emergency from November’s terror attacks in Paris, though it was set to expire on July 26. Holland extended the emergency status for three more months, supplementing the 7,000 troops currently stationed at critical sites around the country with border security reserves.

This gruesome attack comes on the heels of two other recent global terror incidents. On June 28, 41 people were killed in the Istanbul airport after three attackers fired on crowds, then blew themselves up. And 28 people were killed following a July 1 terror-related hostage situation in Dhaka, Bangladesh.