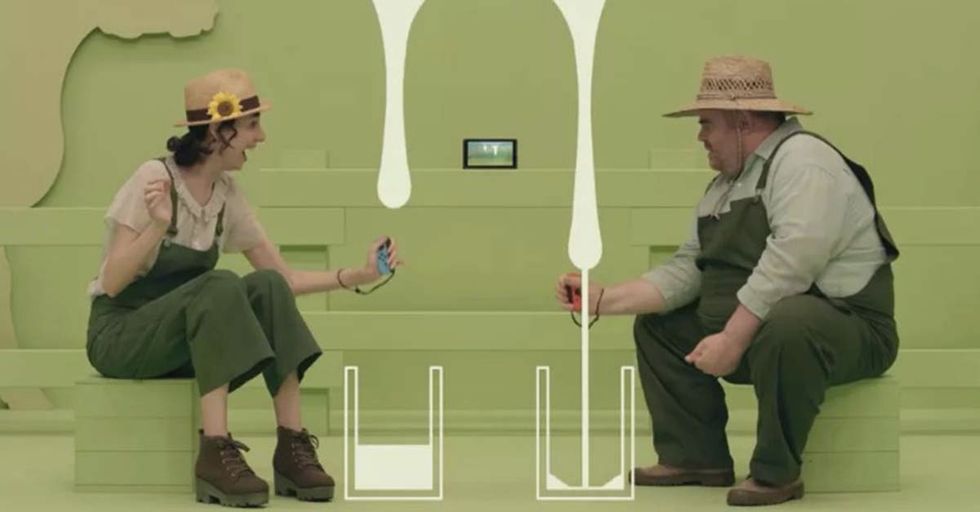 If you thought that the cartoonish realm of Nintendo mini games was free from the watchful eye of PETA … think again. The president of the animal rights group, Ingrid Newkirk, recently fired off a letter to Nintendo, scolding them for removing the cruel aspects of milking in the video game company’s recent release “1-2 Switch.”

Below is the missive in its entirety, as it was posted to PETA’s Facebook page:

The letter, in part, states:

“We’d be happy to provide you with video footage of the filthy conditions that cows endure on farms for you to include in your game,” says Newkirk. “If you think that the gruesome nature of this would be too upsetting, we suggest that instead of sugarcoating the subject, Nintendo Switch to simulating activities in which no animals suffer.”

PETA’s response comes after Nintendo received some attention for challenging a real-life dairy farm to a cow-milking contest to promote “1-2 Switch,” featuring the milking activity, called simply “Milk,” as one of several mini games players can choose. The challenge came about after representatives from Billings Farm and Museum claimed Nintendo’s depiction of milking was oversimplified and that it lacked nuance of the real-life duty.

The challenge was accepted and the contest went down last week.

As is often the case with family-friendly Nintendo games, the milking activity doesn’t strive for a realistic depiction of dairy farm operations, but PETA still balks at the depiction in all its abstract cartoonishness (the game, not PETA).

Here’s a clip of the gameplay:

As of yet, it appears Nintendo has not issued a response, public or otherwise, to PETA’s letter.