Social Media Goes Wild After Shocking Mix-Up At The Oscars 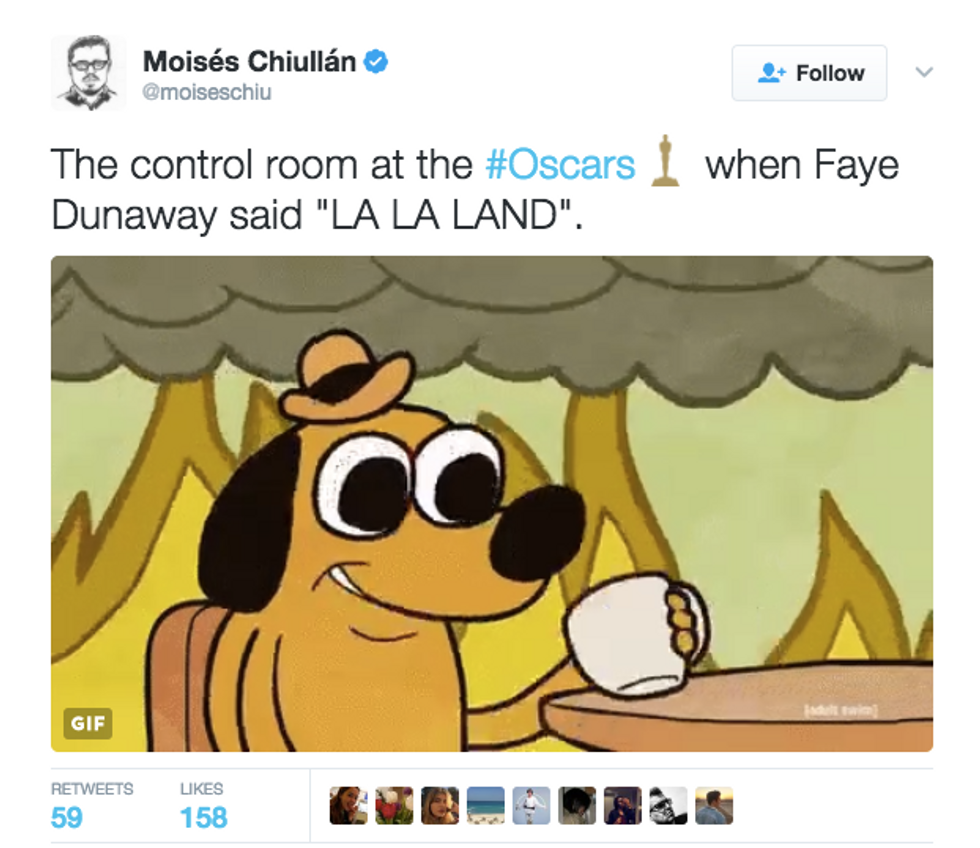 Anything can happen on live TV.

On Sunday night, the Oscars seemingly came to a very expected end with “La La Land” taking home the Best Picture award. However, a few moments into the film crew’s acceptance speech, Warren Beatty came back onto the stage to announce he had made a mistake and added that “Moonlight” had actually won the award.

I'm not sure exactly how it happened—Warren Beatty tried to explain, maybe they got the wrong envelope. Well, that was a first!
— Emily Nussbaum (@Emily Nussbaum)1488172590.0

While no presenter has ever admitted to mistaking the name on the envelope, theories abound that 1993’s Best Supporting Actress winner Marissa Tomei was wrongfully given the award by presenter Jack Palance. The rumor, however, has been thoroughly debunked.

Perhaps all this added drama will help the flagging ratings of the Oscars. One place the moment surely won big was on social media, where news outlets, fans, and actors had a field day with the upset. Check out a few of the reactions below.

warren beatty heard everybody on twitter and set it up so moonlight literally got to take la la lands oscar from their hands
— Matt Bellassai (@Matt Bellassai)1488172498.0