See How All Pixar Movies Are Changed For International Audiences

Signs, sports, and food are all subject to change for distribution in different countries 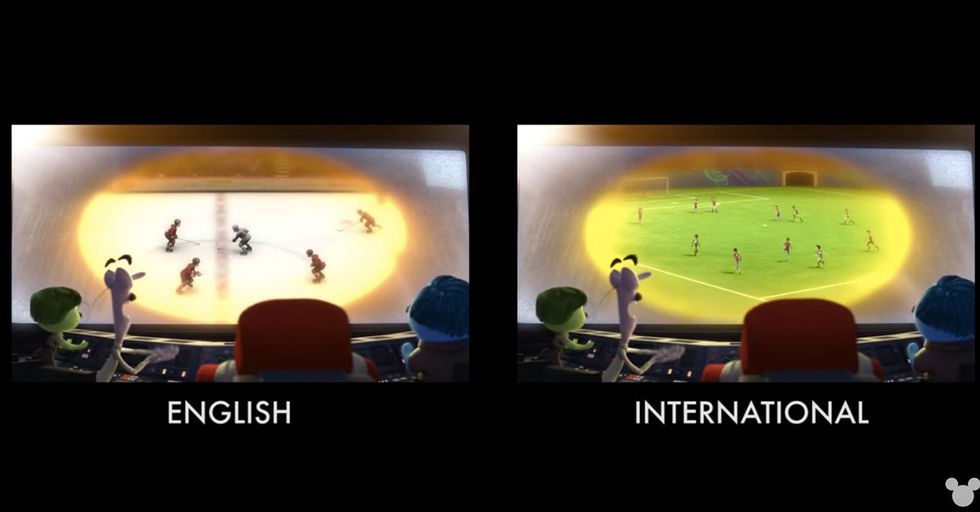 If there was one movie studio that you’d bet on to transcend the pitfalls of cultural relativism and ethnocentrism, the smart money would be on Pixar. From Toy Story to Finding Nemo to Up, the studio’s animated films are produced with global audiences in mind, tackling stories that are relatable in every culture.

But just because Pixar’s stories transcend geography doesn’t mean changes don’t need to be made for different audiences. As this insightful video teaches us, even Pixar needs to tweak its formula from market to market to better speak to its audiences.

The changes are almost exclusively small details, but the details matter, so the studio takes pains to get the little things right. For instance, a toddler choking down broccoli doesn’t make sense in Japan, since it’s a widely loved vegetable, so the food is swapped out for a bell pepper.

All those English-language signs you see? Those will need to be not only translated, but inserted into the film in the appropriate language.

And a dad daydreaming about a hockey game? Well, that’s not going to really resonate with billions of people, so they’d better switch the depicted sport to something more familiar, like soccer.

Here’s the video, made by Oh My Disney, that tallies up the countless changes to make sure every country gets to enjoy a Pixar movie the way we do in North America.

When you see your next Pixar film, try not to keep a running list of all the potential changes that would be made for, say, an an afternoon matinee in Mumbai.