An all-female scientific expedition will take on the plastic problem.

”Women by nature have a nurturing instinct and are compelled to protect.” 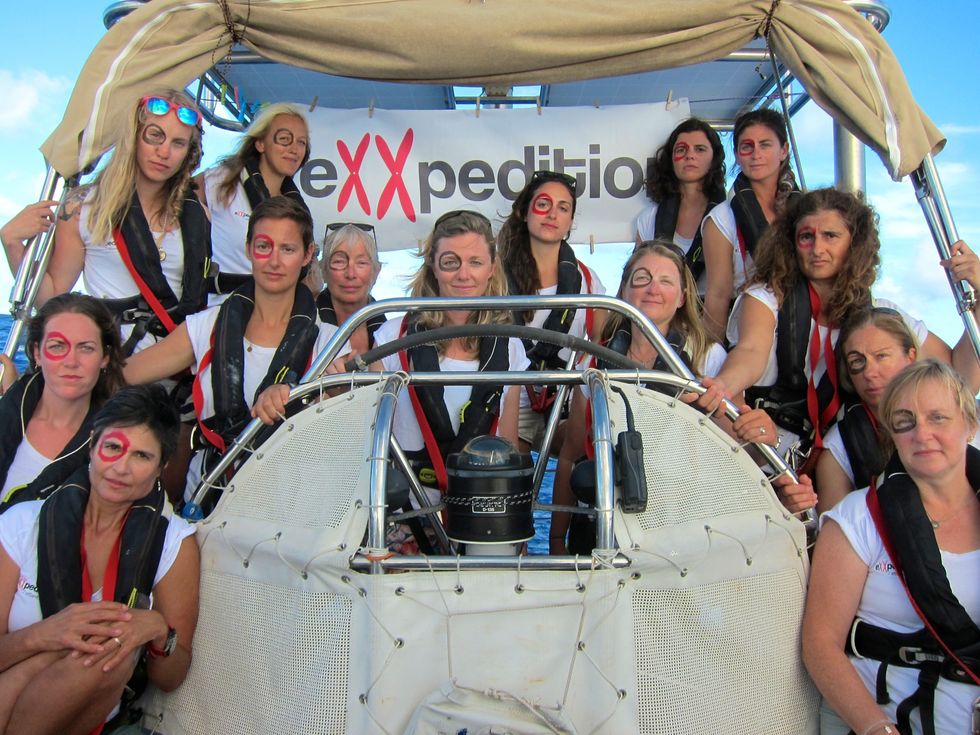 Each year, we produce so much plastic that by 2050, the amount of plastic in the ocean will outweigh fish - provided we don’t slow down. To tackle the problem, an all-female expedition will set out to make sure this doesn’t happen by “raising awareness of, and explore solutions to, the devastating environmental and health impacts of single-use plastics and toxics in the world’s ocean.”

The expedition, which is conducted by an organization called eXXpedition, will start in October. Three hundred women with diverse backgrounds will cover 38,000 nautical miles, visiting some of the most polluted oceans on the planet.

The first eXXpedition voyage took place in 2014, and since then, more than 100 women from 14 different nationalities have been on 11 voyages. And they’ve already produced change. Thanks to eXXpedition, microbeads in beauty products are now banned. They’ve been banned since 2015, and we didn’t even miss them!

Plastic is an environmental issue, but it’s also a women’s issue. “Some of these issues, particularly chemicals getting into our bodies, are quite a female issue because they’re endocrine disruptors, they mimic our hormones. And so we wanted to tackle this problem with a team of women. Hence eXXpedition began, to get women to study this issue of plastic and toxic pollution,” eXXpedition co-founder Emily Penn told Time.

Plastics have been found guilty of causing early puberty in girls, as well as interfering with hormones during pregnancy. And it turns out, they’re great at working their way into places they shouldn’t be in. The women who have participated in eXXpedition have used their own bodies as research subjects. At one point, every single member of the crew found they had at least some of the 35 chemicals banned by the UN for being toxic in their systems.

EXXpedition has had participants from all disciplines to participate in the project. Crew members have included scientists, teachers, filmmakers, product designers, photographers and athletes. But all are women.

“I guess women by nature have a nurturing instinct and are compelled to protect. We all share one ocean regardless of where we come from so this is an issue that transcends all political boundaries and borders. We need a multi-disciplinary and a multicultural approach to solving the problem. And women do well in mediating and collaborating and coming together for something that they care about. I wouldn’t like to exclude men from the cause. It’s really important that all of us find our role and work together,” Penn says.

EXXpedition takes applications through their website, no experience necessary. You, too, can save the world and have a little fun doing it.