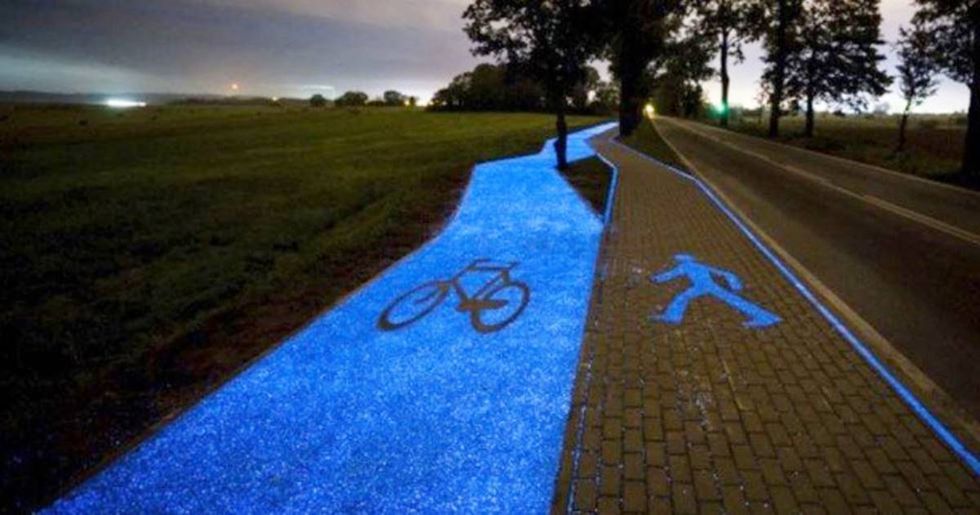 More and more Americans are biking to work these days.

According to a study by the Accessibility Observatory at the University of Minnesota, the number of Americans who commute to work on their bicycles is up 22 percent over the past nine years.

The rise in American cyclist commuters is good news. “Bike commuting is a cost-effective, healthy, and environmentally sustainable alternative to being stuck in traffic," Owen said.

However, the U.S. still has a long way to go to catch up to Europe, where commuting to work on a bicycle is very common. For example, in the U.S. 0.6 percent of commuters go to work on a bike, whereas in Copenhagen, Denmark, a whopping 37 percent of people take a bike to work.

The layout of U.S. and European cities has a lot to do with the differences in biking populations. Much of the U.S. was built with cars in mind, but in Europe, most major cities sprang up centuries before cars were even a consideration.

Poland recently introduced some beautiful glow-in-the-dark bike lanes in the town of Lidzbark Warminski. Created by TPA Instytut Badan Technicznych, they're lit completely by solar power so cyclists can see where they're going when the sun goes down, and more importantly, drivers can see them.

Inspired by #LumiereDurham's @DaanRoosegaarde, this glow in the dark bike lane in Poland is safe and solar powered. https://t.co/cLOtNFXUKE
— Artichoke (@Artichoke) 1476622803.0

“The material we used for the track gives light for over ten hours. That means the road can radiate throughout the whole night and reaccumulate light the following day," Igor Ruttmar from TPA told Civil Engineer.

The Polish bike lanes aren't the first of their kind in Europe. In 2014, artist Daan Roosegaarde, designed self-illuminated bike lanes based on the painting “Starry Night" by painter Vincent van Gogh. The artist was a resident of the region back in 1883.