A Rape Survivor And Her Attacker Just Wrote A Book Together 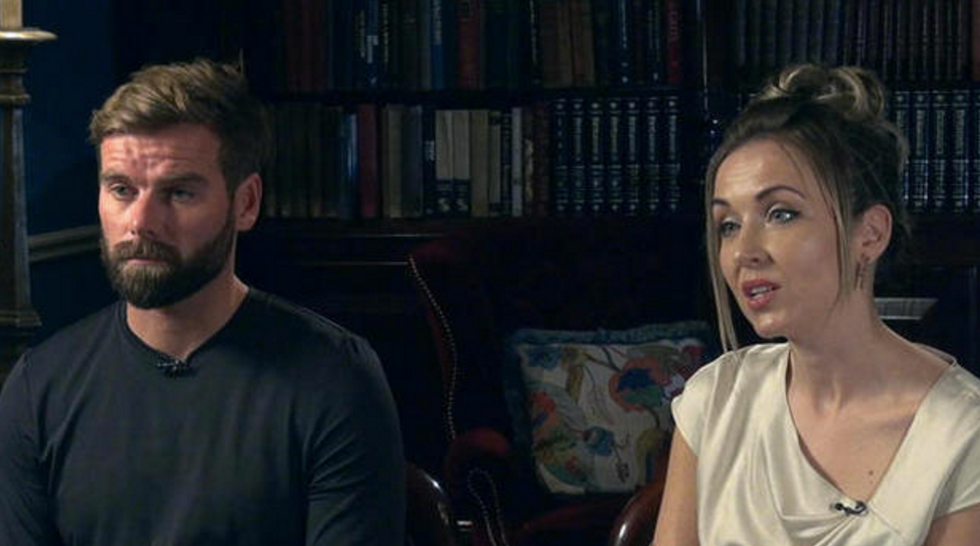 Warning, this story contains content that may be triggering.

In 1996, 16-year-old Thordis Elva from Iceland fell in love for the first time. Her new boyfriend was Tom Stranger, an 18-year-old exchange student from Australia. At first, their relationship was like any other budding romance between two young people; they held hands in the cafeteria, took long walks, and spent time with her family. Everything was going well until one horrific evening when Stranger took Elva back to her house and raped her.

“It was like a fairy tale, his strong arms around me, laying me in the safety of my bed. But the gratitude that I felt towards him soon turned to horror as he proceeded to take off my clothes and get on top of me. My head had cleared up, but my body was still too weak to fight back, and the pain was blinding. I thought I'd be severed in two. In order to stay sane, I silently counted the seconds on my alarm clock. And ever since that night, I've known that there are 7,200 seconds in two hours.”

Elva never reported the incident, but the trauma stayed with her for nine years, until she took what most would think an impossible step: She tracked Stranger down and confronted him via email. To her surprise, he wrote back. Even more surprising? He was sorry.

As he described in their TED Talk:

“Don't underestimate the power of words. Saying to Thordis that I raped her changed my accord with myself, as well as with her. But most importantly, the blame transferred from Thordis to me. Far too often, the responsibility is attributed to female survivors of sexual violence, and not to the males who enact it. Far too often, the denial and running leaves all parties at a great distance from the truth. There's definitely a public conversation happening now, and like a lot of people, we're heartened that there's less retreating from this difficult but important discussion. I feel a real responsibility to add our voices to it.”

Elva and Stranger, who shared their experience on the TED stage, released a book on May 9 further detailing their experience called South of Forgiveness. While the book—as its title suggests—is largely about their relationship and Elva’s path toward forgiveness, it also serves to open the conversation about sexual assault and how, as a culture, we fail to identify it. As Elva describes in an interview (along with Stranger on) CBS News:

“I didn't realize right away what it was. It took me a long time to put into context that this had indeed been rape. Because I had misconceptions. I was a 16-year-old girl that thought that perpetrators were armed, masked lunatics that lurk in a bush and jump at you. I didn't think it could be your boyfriend, that it could happen in your own bed.”

According to national statistics gathered by the Rape, Abuse & Incest National Network (RAINN), 1 in 6 American women has been the victim of an attempted or completed rape. That number is likely much higher as these statistics only account for women who’ve reported the assault to authorities. Far too many instances of sexual assault go unreported as a result of a culture that regularly shames women for engaging in any sexual activity, as well as misconceptions about what rape is.

We should note that no victim should feel the need to confront their abuser, let alone take it upon themselves to find forgiveness. But in Elva’s and Stranger’s case, they hope sharing their story will provide an opportunity to educate and open up the conversation about rape.

If you’ve been a victim of sexual violence and need help, call the National Sexual Assault Hotline at 800-656-4673.