Best cast, screenwriter, and director ever 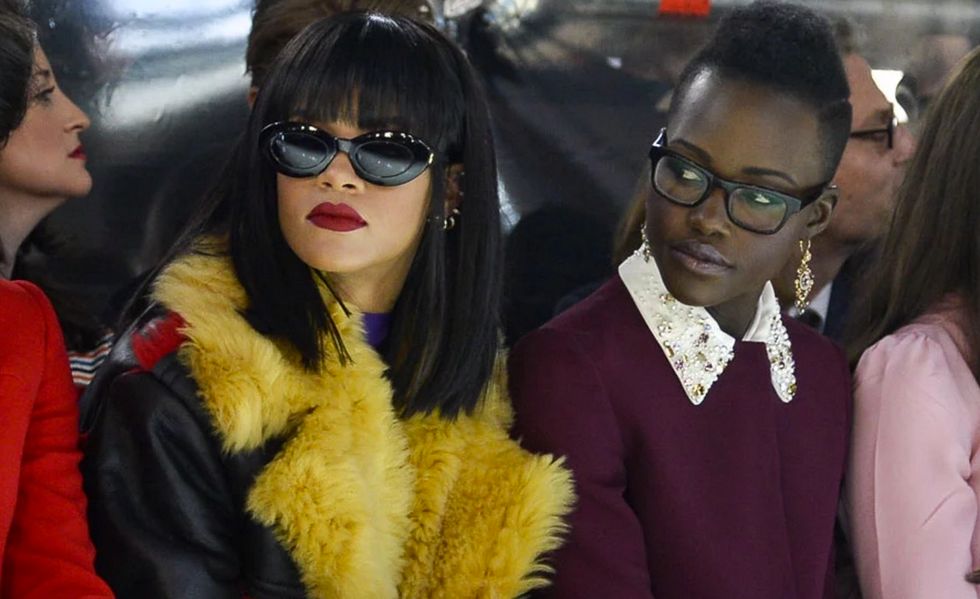 Here’s a Cinderella story made for the 2017 internet: a heist film concept imagined by Twitter users that features Rihanna and Lupita Nyong’o as lead characters is actually going to make it to the big screen. And Ava DuVernay will be directing it—as the Twitter gods demanded.

Two years ago, a Tumblr user named elizabitchtaylor posted a photo of Rihanna and Lupita Nyong’o sitting front row at Fashion Week. “They look like they’re in a heist movie with Rihanna as the tough-as-nails leader/master thief and Lupita as the genius computer hacker,” read the caption. A Twitter user tweeted the same photo last month, writing, “Rihanna looks like she scams rich white men and lupita is the computer smart best friend that helps plan the scans (SP).”

Last month, the post—which now has almost half a million reblogs—made its way to Nyong’o’s Twitter timeline. She retweeted it, tagging Rihanna, who tweeted her approval. Twitter users then tagged director Ava DuVernay and then looped in Insecure screenwriter and creator Issa Rae, curating a fantasy team for film development.

DuVernay, like the real-life fairy godmother that she is, is now going to deliver that very movie. After what was apparently an “aggressive” bidding war at Cannes, Netflix has purchased a movie based on the Twitter meme that will be helmed by DuVernay. Rae is reportedly already writing the script.

“We deserve nice things,” DuVernay tweeted on Monday, linking to a story about the sale. According to Entertainment Weekly, the film will involve the social media users who originated the plot.