Saudi Arabia has an app for tracking women. Human rights groups are calling for Google and Apple to shut it down.

Send a message to Saudi Arabia that the country’s treatment of women is unacceptable. 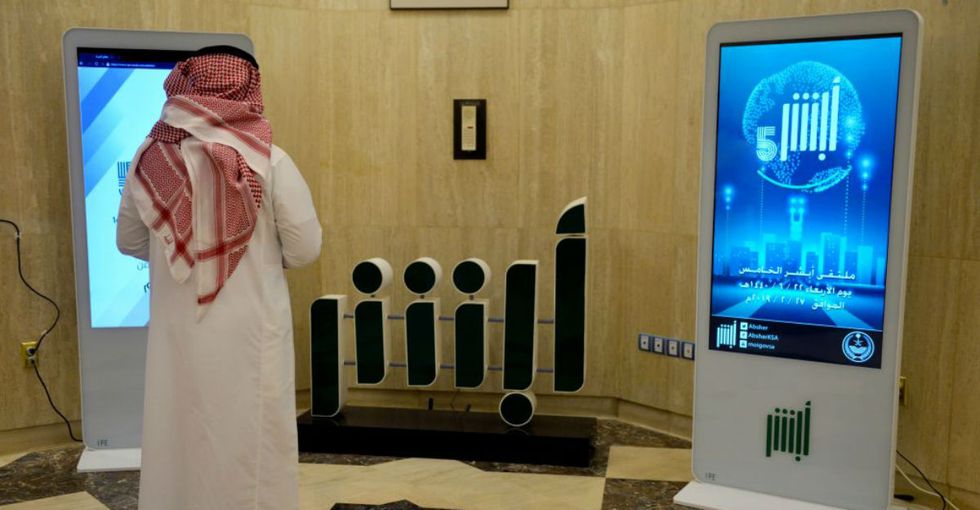 Technology allows us to make our lives easier unless you’re a woman in Saudi Arabia. In that case, technology is actively being used to make your life worse.

An app that allows Saudi men to track and restrict the movements of women is available to download on both Apple’s app store and the Google Play store.

Yes, you read that right.

There is an app that exists in this world that allows men to track women. It’s a real-life glimpse into Gilead, if Gilead was tech-savvy. Now, Apple and Google are both getting heat for allowing the app on their stores.

The app is called Absher, which translates to “yes sir.” Absher was created by the National Information Center within the Saudi Ministry of Interior in 2015, and has nearly 11 million users. Absher has some innocuous functions, like allowing users to pay fines. But it’s the apps massively creepy women-tracking features that has human rights groups up in arms.

Under Saudi “guardianship laws,” every Saudi woman has a male guardian regardless of her age. If a woman wants to do things like get a passport, get married, work, or travel, she must first obtain permission from her guardian. Through Absher, men can track women under their guardianship through their national identity cards or passport. It allows men to restrict women’s rights to travel, and they can receive text messages when a woman under their guardianship strays beyond where they are allowed to go. Human Rights Watch researcher Rothna Begum told NPR the app is “incredibly demeaning, insulting and humiliating for the women and downright abusive in many cases because you're allowing men absolute control over women's movements."

Amnesty International issued a statement saying, “We call on Apple and Google to assess the risk of human rights abuses on women, which is facilitated by the App, and mitigate the harm that the App has on women. The use of the Absher app to curtail the movement of women once again highlights the disturbing system of discrimination against women under the guardianship system and the need for genuine human rights reforms in the country, rather than just social and economic reforms.”

Because of the outcry, Apple and Google may soon delete the app from their stores. Both Google and Apple have issued statements saying they’re looking into the app. By removing the app, the tech giants could send the message to Saudi Arabia that the country’s treatment of women is unacceptable.

Apple and Google are aware of the problem. We’ll see what they plan to do about it.