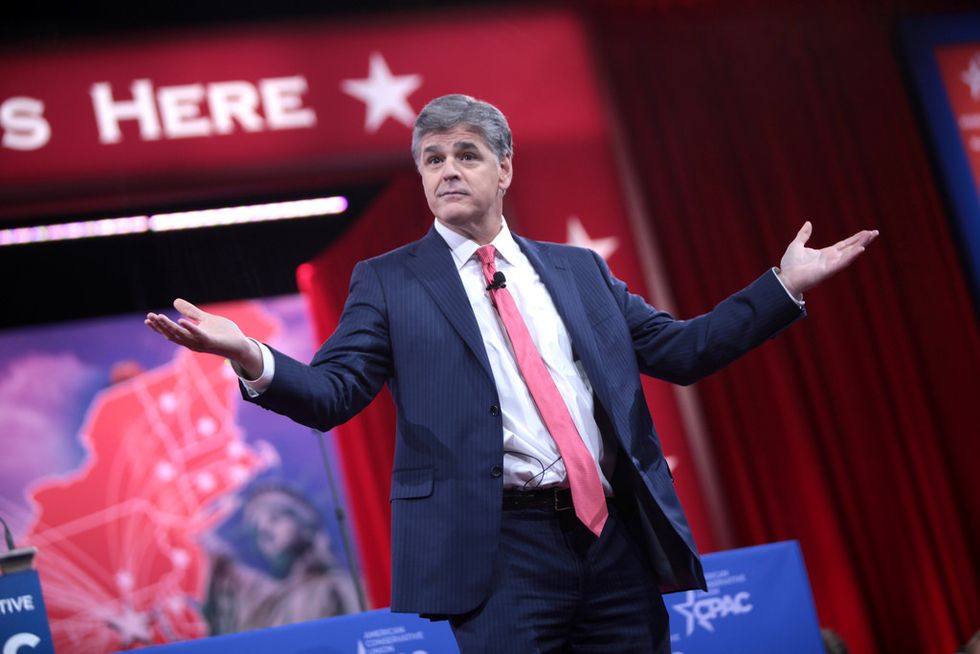 Sean Hannity isn’t your ordinary partisan conservative. He’s got a front of the car ticket aboard the Trump Train, paid in full. So, when he tried to give the president an emotional boost on social media, it must have really hurt to see it go so wildly off the tracks.

Writing on Twitter, the Fox News Channel star asked his two million followers, “Question of the Day: Do you think the left is trying to destroy the Trump Presidency?”

The answer was clear and overwhelming. But not in the way Hannity clearly had hoped. As one of the first respondents, Howard Sherman, succinctly put it: “Answer of the Day: Nope. He can do that all by himself.”

There was a pretty clear consensus that followed. Unfortunately, it was a majority of folks echoing Sherman in hilarious fashion: