“I don't think that one turned out the way he intended.” 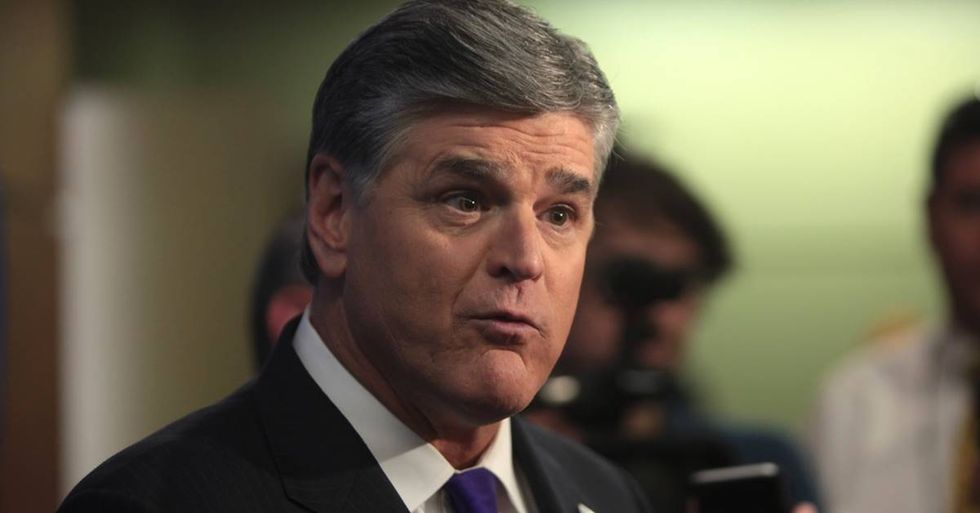 On Friday, CNN’s Jake Tapper reported that Fox News’ Sean Hannity will not be receiving the Media Research Center’s William F. Buckley Award for Media Excellence as was previously announced. Tapper reported that the thought of Hannity receiving the award caused “distress among Buckley’s family — in particular his only child, best-selling author Christopher Buckley.” Hannity took offense and said he declined the award because of a scheduling conflict. Politico later reported that the Media Research Center backed up Hannity’s “conflict” claim to help him save face but that the award was revoked upon Christopher Buckley’s request.

Monday night, Hannity asked his audience to go after Tapper on Twitter. “You can tell ‘Fake News’ Jake Tapper exactly what you think of his interview with Anthony Scaramucci — you can do it on Twitter.”

He did it on his FOX News show. pic.twitter.com/O9a8dUI3SJ

Twitter sure did tell Tapper what they think about him, although it was probably not what Hannity was hoping.

@jaketapper is a professional man with high integrity and class. In short, he's the exact opposite of #Hannity and #Trump.

@jaketapper, @seanhannity Asked me to share how I feel. Thank you, truly, for the HONEST work you do unlike that propaganda machine Hannity. https://t.co/G0JuLbGFQ9

It seems that Hannity did learn one thing from Trump -- how to dig himself into holes. Keep up the great work Jake.

Hannity going after an obviously respected actual journalist like @jaketapper is another sign the #idiocracy is at hand.

@jaketapper is someone I look up to immensely, and I believe he's done more for me as a @USMC veteran than anything @seanhannity has.

This guy hit the nail on the head:

I miss the good old days when Cronkite tweeted mean things to Dan Rather.

Tapper was overwhelmed by the response.

Apparently Mr Hannity told people to go on Twitter and tell me what they think of me. I don't think this was what he was going for.

I don't think that one turned out the way he intended. Thanks, everyone. Very kind of you. pic.twitter.com/7ANilJ6scE