If the truth is really out there, we should be showing the universe how wonderfully varied the human race can be. 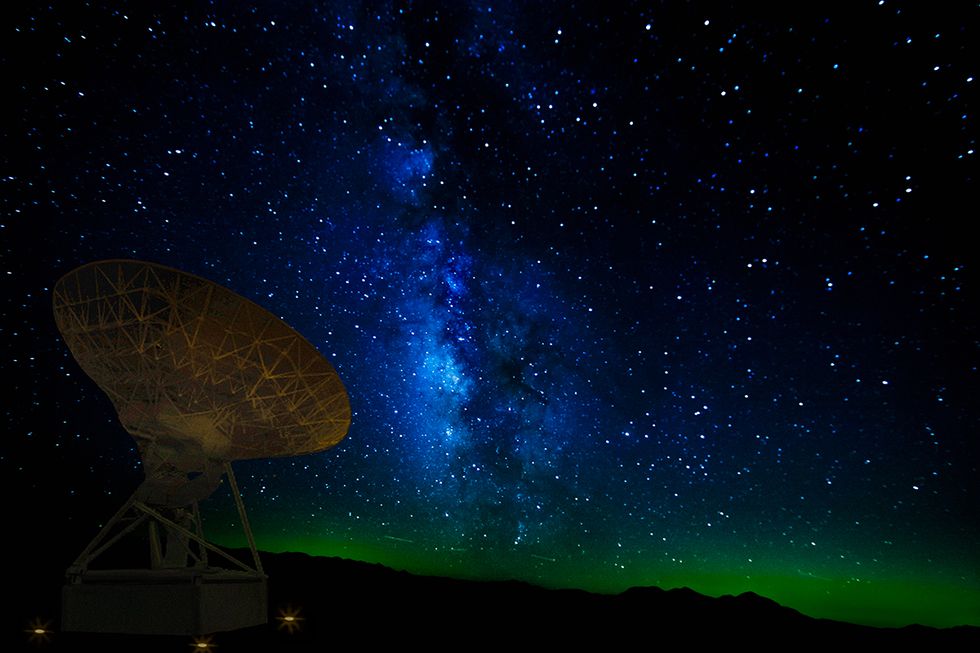 For nearly as long as humans have looked up to the skies, there have been those who wondered whether there were, perhaps, others beings out there doing the exact same thing back at us. The idea that we might someday make contact with a race of extraterrestrials is one which has captivated the minds of scientists, astronauts, authors, and ordinary people, alike. And so, coinciding with the advent of high powered radio telescopes and unmanned deep space probes, efforts were made to share a bit of who we are as a species, by beaming and blasting messages about the human race into unknown regions of the cosmos, on the off-chance that someone out there was listening. Many of those, like the Arecibo message, or the Pioneer 10 plaque are likely familiar in image, if not in name.

Now, decades after those messages were first shot toward listeners unknown, a team of scientists have begun calling for a new round of intergalactic communications, still designed to introduce our species to any open-eared aliens out there, but which also more accurately represent the diversity and equality of the human race.

The newly-formed Breakthrough Initiative has announced they are offering a one million dollar prize for whomever can do just that: Create a new, more diverse, message to represent our species in outer space. It’s a challenge has been taken up by the British branch of the international Search for Extraterrestrial Intelligence (SETI) organization, according to The Guardian. Speaking with that publication, London School of Economics Space Policy Expert Jill Stuart explained why the Breakthrough Initiative’s challenge mattered, using Carl Sagan’s iconic “Pioneer Plaque” (at right) as an example:

“The plaque shows a man raising his hand in a very manly fashion while a woman stands behind him, appearing all meek and submissive. We really need to rethink that with any messages we are sending out now. Attitudes have changed so much in just 40 years.”

In regards to the apparent ethnicity of the figures depicted on the plaque, she added:

“I would be uncomfortable with sending out any images or messages that include Western-dominated material.”

Funded by Russian billionaire Yuri Milner, and spearheaded by astronomical heavies such as Stephen Hawking and Lord Martin Rees, The Breakthrough Initiative was launched earlier this year with the intent to focus scientific energies on listening for the very same type of message the group is now hoping to create–a “hello, here we are!” announcement from a distant planet. To that end, they have contracted with number of leading astronomical observatories around the Earth for a comprehensive search that will be fifty times more sensitive, and cover ten times as much area, as previous extraterrestrial investigations, reports The Guardian.

Of course, this could all be for naught. As astronomer Enrico Fermi postulated in his now-famous paradox, it may ultimately be impossible to ever find, much less communicate, with extraterrestrial life. What’s more, as author Cixin Liu recently postulated in his bestselling novel The Dark Forest (in part as a response to Fermi), the universe itself may be predicated on different, and disparate, life forms never knowing that one another exists in the first place.

Still, on the off-chance that we’re not alone in the vast inky blackness of space, it’s good to know that, not only are we doing our best to find out who else is out there, but we’re doing it by putting our best, most diverse, foot forward, as well.

[via the mary sue]