Skateboarders Sign Petition to Keep their Games Out of the Olympics

“The typical skateboarder does not have anything in common with an Olympian athlete,” they write. 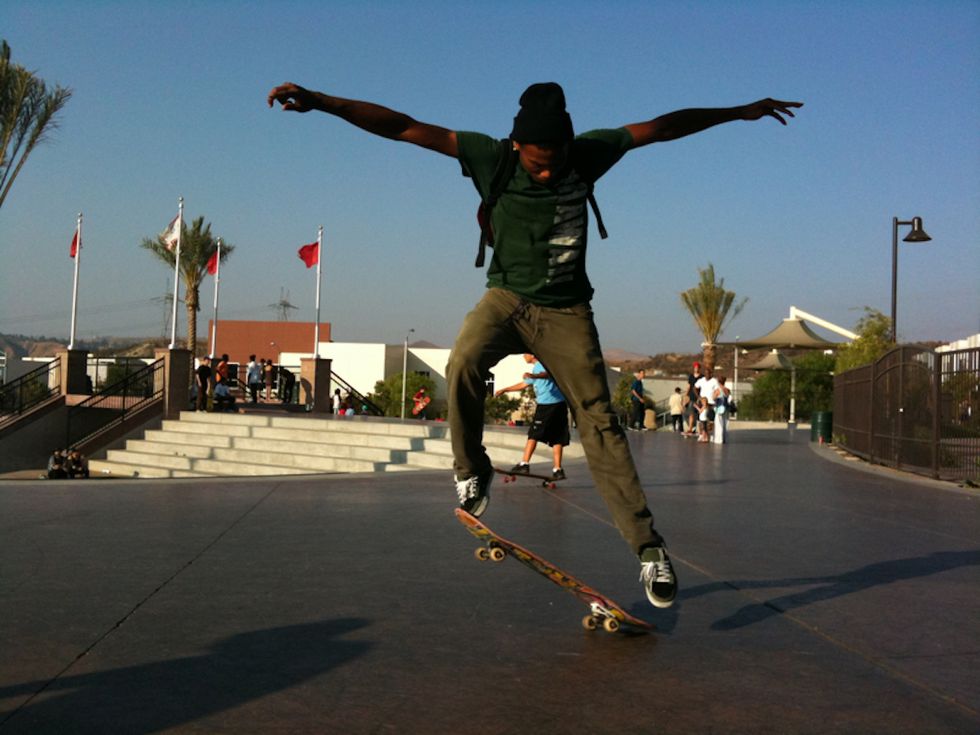 Although celebrity skateboarders like Tony Hawk and Shaun White have been campaigning long and hard for the inclusion of their sport in the Olympic Games, their lesser-known peers are lodging a protest against it. A petition circulating the web ahead of the 2020 Olympics asks that the International Olympic Committee keep skateboarding off the list of competing sports. The petition, which seeks 10,000 signatures, has already completed more than half of its goal.

At the end of last September, the IOC convened and curated a list of five sports to be considered as additional events to the 2020 Olympic Games in Tokyo. Skateboarding, as well as baseball, karate, climbing and surfing, was on that list. A final decision won’t be made until the 2016 Rio Olympics, but skateboarders want to stay ahead of the vote.

“Skateboarding is not a ‘sport’ and we do not want skateboarding exploited and transformed to fit into the Olympic program,” the petitioners write, adding:

“We feel Olympic recognition will not due justice to the purity, individuality and uniqueness of skateboarding culture. We feel dedicated viewers of the Olympic games will not be interested in skateboarding. Skateboarding should not be viewed or utilized as a sport or game or used as a marketing tool for the personal gain of organizations. Skateboarding competition as presented to the public eye today is primarily invitational-only television productions for the purpose of attracting high paying corporate sponsors. These programs are very unpopular, poorly attended, and most skateboarders do not watch them because they do not represent what skateboarding is really about.

The typical skateboarder does not have anything in common with an Olympian athlete. Athletes train endlessly, have trainers, coaches, hard schedules to keep, many competitions and a true dedication to their goal of winning a gold metal. Skateboarding does not fit this scenario. The majority of skateboarders do not have a desire to compete against other countries. Skateboarders do not work upward towards a competitive goal of receiving metals. Skateboarding is an individual creative activity and skaters enjoy lesser known, non-televised, informal competitions among their peers with no corporate sponsors for the mere purpose of having fun.”

It’s interesting, because the wording of their petition indicates they’d like to keep skateboarding an accessible and populist game. Skateboards are inexpensive to buy, and you need no more instruction than that from your peers to know how to ride one. Skateboarding as a subculture has a history of being the sport of teenage rebellion, and skate parks have always been signified as sites of social resistance. This is why skateboarding bans are so often seen as an attack on youth culture. It’s not like the game has already been subject to commodification—Tony Hawk, among many, has been a participant in that process—but it seems like they these skateboarders see the Olympics as one bridge too far for the formalization of skateboarding as a commercial sport.