Coming Out of Invisibility

After years of alienation from queer communities alike, asexuality is approaching a breakthrough in acceptance and visibility 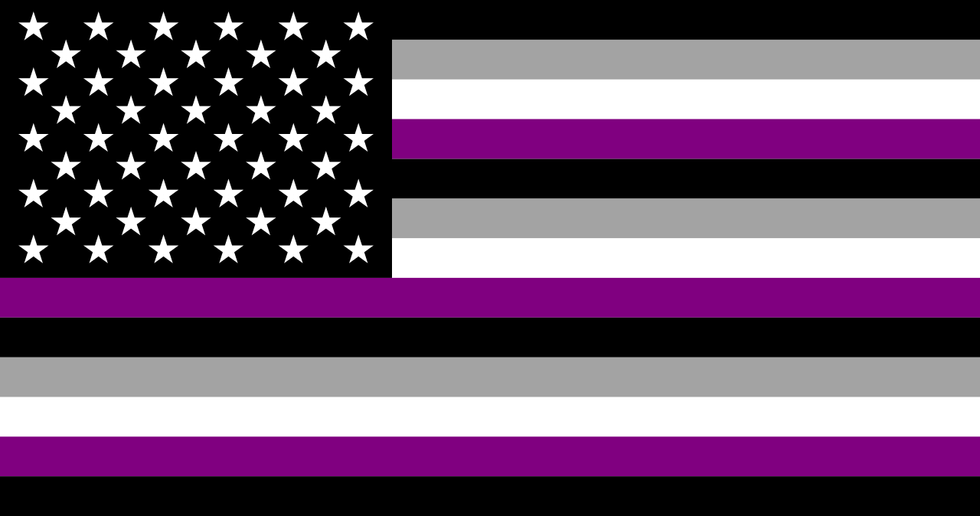 Back in September, novelist and activist Julie Sondra Decker released a personal yet rigorous work of non-fiction. The Invisible Orientation: An Introduction to Asexuality made waves as one of the first majorly distributed and easily accessible books exploring asexuality, one of the world’s least understood, and only recently defined, sexual identities. But what’s more important is the fact that the book debuted on the heels of this year’s second International Asexuality Conference held in Toronto and the asexual community’s largest ever presence in Pride parades worldwide. After years of rejection by, isolation from, and being pathologized by straight and queer communities alike, it seems as if asexuality is now approaching a breakthrough in acceptance and visibility, thanks in large part to the culmination of more than a decade’s worth of work by activists to form a cohesive community.

Despite the progress made, the concept of asexuality is new enough that relatively few have a truly firm grasp on what the term actually means. In brief, asexuality refers to those who identify their sexual orientation by a lack of sexual attraction—not to be confused with celibacy, which is a choice, but rather a natural lack of interest. Beyond that, the identity gets far more complex. Many actually consider picking apart and analyzing the layers of their sexuality, the differences between arousal, sex drive, and attraction, to be part of asexual life. You may encounter asexuals who have no interest in sexual intercourse, but do enjoy bonding emotionally and showing physical affection to a partner. You may meet others who have no interest in relationships of any kind. You may meet some who remain virgins and some who will have sex for a partner’s sake, others who can feel limited attraction after getting to know someone and others who are asexual but only bond with members of the same gender. There are dozens of subcategories by which one can divide and niche one’s asexuality before even approaching the notion of fluid and ever-changing sexual identities and preferences.

Asexuality didn’t emerge as a clear category or identity until at least 1948, when the seminal Kinsey Report identified a group, at least 1.5 percent of the population, which didn’t fit within its scale of sexual attraction. Early surveys of this population found that between 64 and 71 percent were women and that 17 to 18 percent were completely uninterested in relationships. But it wasn’t until 2002, when a study at Brock University in Canada revealed that 15 percent of healthy rams—with no physical or hormonal defects—shared this lack of interest in sexual bonding, that the mass media started to seriously consider a lack of sexual interest as a legitimate state of sexual existence rather than an aberration or the side effect of some trauma. In 2006 the Brock University researchers, who had branched into studying humans as well, went on to place asexuality on equal footing with the commonly accepted categorizations of hetero-, homo-, and bisexuality in human experience.

But as soon as people started to publicly equate asexuality with other queer identities, like homosexuality or transgender, there was backlash from LGBTQI groups. Some believed that asexuality as an identity and asexuals as individuals were trying to hop onto the LGBTQI train without facing the same levels of visible discrimination; some accused them of being closeted queer folk unwilling to disclose their true sexual identity and thus hiding behind a false label.

Asexual activists refute this by noting that they are still classified as a pathological disorder in the Diagnostic and Statistical Manual of Mental Disorders and described as individuals with low self esteem, social anxiety, and depression in studies on their identity. They also point out that they face the constant discrimination of people denying their identity and trying to “fix” them by bringing them into a world of sexual engagement, not to mention the fact that, without sex, their relationships are often denied legal legitimacy, they face the risk of spousal rape, and they have no real protection under federal non-discrimination legislation. As for the claim that they hide from sexual identity, activists note that their entire identity is built around constantly questioning their sexual feelings, with one asexual writer excerpting a stereotypical asexual conversation: “Ah, yes, you appear to be a demiromantic panromantic demisensual repulsed asexual, but have you thought about your aesthetic attractions and libido yet? Here, let me show you 40 different models…” Given this complexity, asexuals point out, many asexuals may actually intersect in their non-sexual attractions with LGB, trans, and non-binary identities and attractions. Although many still contest the legitimacy of the identity, arguments like this have earned asexuals inclusion in major LGBTQI resources like the Trevor Project’s suicide prevention hotline.

As for where all these arguments and asexual activists are coming from, we largely have one lonely teen to thank: David Jay, now a 32-year-old asexual activist who tried to Google non-sexual identities back at the start of the millennium and began to feel isolated when the search only yielded studies of amoebas. So, in 2001, he launched the Asexuality Visibility and Education Network as a resource for those who felt similarly sequestered, including those who are simply questioning or curious about their identities. Now with 80,000 active members (including Julie Sondra Decker who first explored her identity through AVEN), it’s the largest asexual community in the world with resources detailing how to assess one’s identity, handle relationships, and come out to friends and family.

In the years since AVEN was founded, countless other resources and meeting places have sprung up for asexuals: from Tumblr communities to storytelling projects to a community site called Acebook replete with asexual symbols and jokes. As of 2009, asexuals started showing a visible and united presence at Pride parades, creating their own flag in 2010 and launching the International Asexuality Conference and Asexuality Awareness days and weeks by 2012. And thanks to a slew of articles following the release of the documentary (A)sexual in 2011, the identity is starting to reach mass consciousness.

Perhaps most importantly, though, even if the identity is not totally accepted even in sexual rights communities, it is now a cohesive community itself. It has developed its own terminology, like Ace for asexuals, and fictional icons like Dr. Who or Sheldon from The Big Bang Theory. And it’s even seen members of the community highlighted explicitly in soap operas and other elements of mass media. There’s still a ways to go yet before the asexual community will have addressed much of the stigma against it and achieved true mainstream recognition, though, but it’s no longer quite as brutally lonely to be an asexual in 2014, and that’s certainly something worth celebrating.