After staring at her cabinets for years, this mother is shocked after removing the protective film.

This has to be the facepalm of the year. 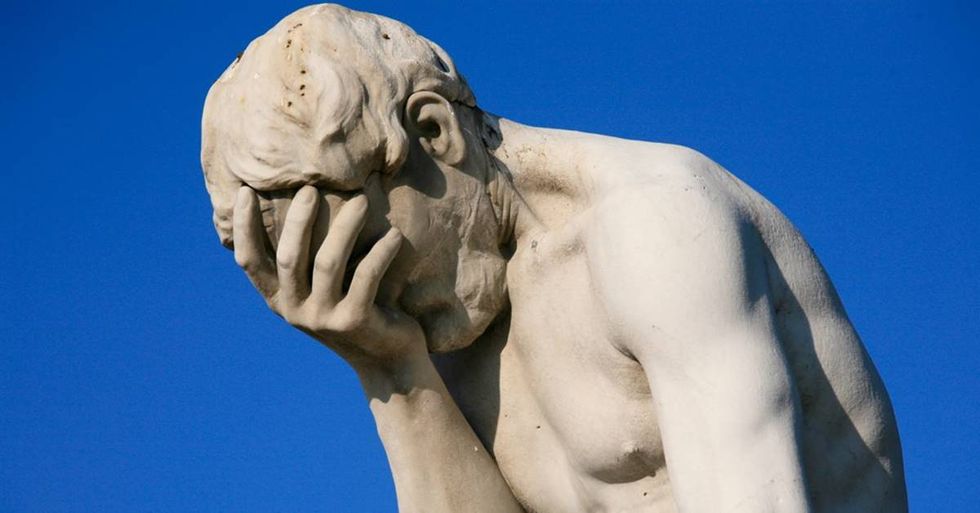 Sometimes we don’t notice things that are staring us right in the face.

The employees at The Daily Planet didn’t realize Clark Kent was Superman because they were mesmerized by his black-framed glasses.

In the late ‘70s, most people had no idea that The Village People were gay.

Kayleigh Greer, 35, from the U.K. started at her blue cabinets for three years before she realized they were gray.

It all began in 2016 when Greer went to ger local B & Q (the British equivalent of Home Depot) to purchase some gray cabinets to use as a TV stand. Unfortunately, an employee at the store told her that all they had in stock were blue cabinets. Even though the cabinets didn’t match the rest of her furniture she purchased them anyway.

The cabinets had protective tape on them, but Greer and her husband decided not to remove it.

Three years later, while in the throngs of a deep-cleaning session, she decided to remove the protective tape and realized the cabinets were covered in a blue protective film. “I knew there was white tape along the top of each draw which I thought was protection and would eventually need pulling off,” she told The Daily Mail.

Woman Discoveres Her #Cabinet is GRAY After Three Years of Thinking It Was #Blue! https://t.co/Mx2bBTyRbK#Furniturepic.twitter.com/HMuaNGqXZQ

“But as I started to peel, I noticed the blue film had lifted and I panicked and thought I had ruined unit,” she continued. “But I just kept peeling and it kept coming off. Underneath it was a really nice gray. It looks amazing.”

Shocked at her facepalm-worthy discovery, she ran downstairs to tell her husband, Darren, 48, and he was beside himself.

“The bedroom is gray and silver so the cabinet actually matches it better now,” she said. “It’s like we’ve got a brand new piece of furniture and we haven't spent a penny.”

Is there a lesson for this story? Probably not.