An absolutely devastating revelation for Trump and his supporters. 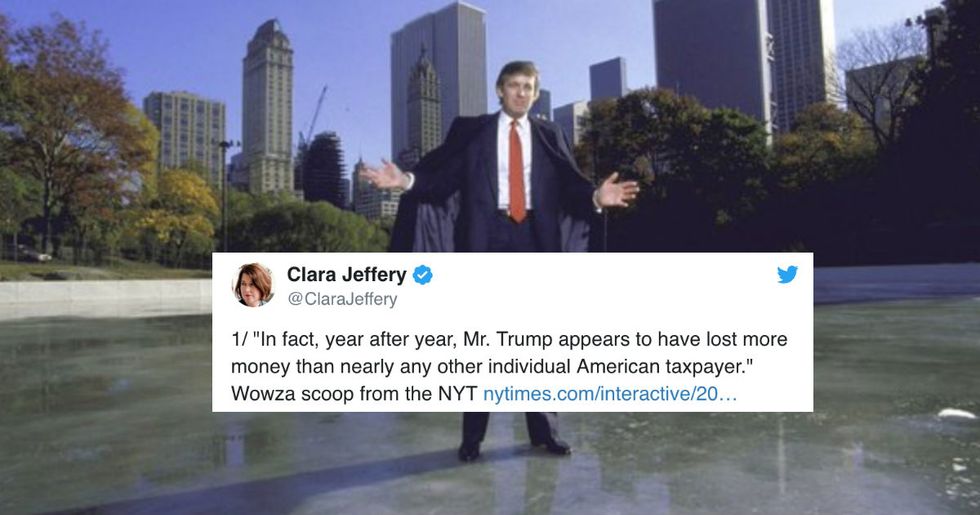 The New York Times has just released a bombshell investigation in which they uncovered Donald Trump’s business tax filings from 1985 through 1994. In short, it was an absolutely brutal decade for the self-proclaimed business mastermind.

In fact, over the 9-year-period, Trump lost more than $1 billion dollars. He lost so much money through his business dealings that he didn’t have to pay taxes for several years, a loophole in America’s tax law designed to help business owners survive during lean years.

The reactions from reporters, financial experts and political commenters show this could be a severely damaging story for Trump. More specifically, it could be crippling for his image. After all, much of Trump’s support in 2016 came from the now discredited notion that he was an exceptionally talented businessman.

Sadly, his shockingly poor business performance almost reads like old news in the third year of his presidency. Yes, the stock market and employment are at historic highs. But as is always the case with first-term presidents, economic performance is largely dictated by policy and proposals signed into law by their predecessors: Bill Clinton benefitted from a tax law signed by George H.W. Bush and congressional Democrats, George W. Bush came into office at tail end of the Internet boom and Barack Obama inherited a financial disaster left by Bush after the home mortgage crisis.

What we have seen during Trump’s first term is reckless spending, a disregard for debt and over-promising on big deals with international powers like North Korea, China and a renegotiated NAFTA deal that so far have yielded little to no returns.

What happens when the stock market cools and unemployment numbers begin to tick upward? When you’re the most powerful person on the planet, there’s no one higher up to bail you out.