Is Trump "specially deserving of this exceptional honor?" 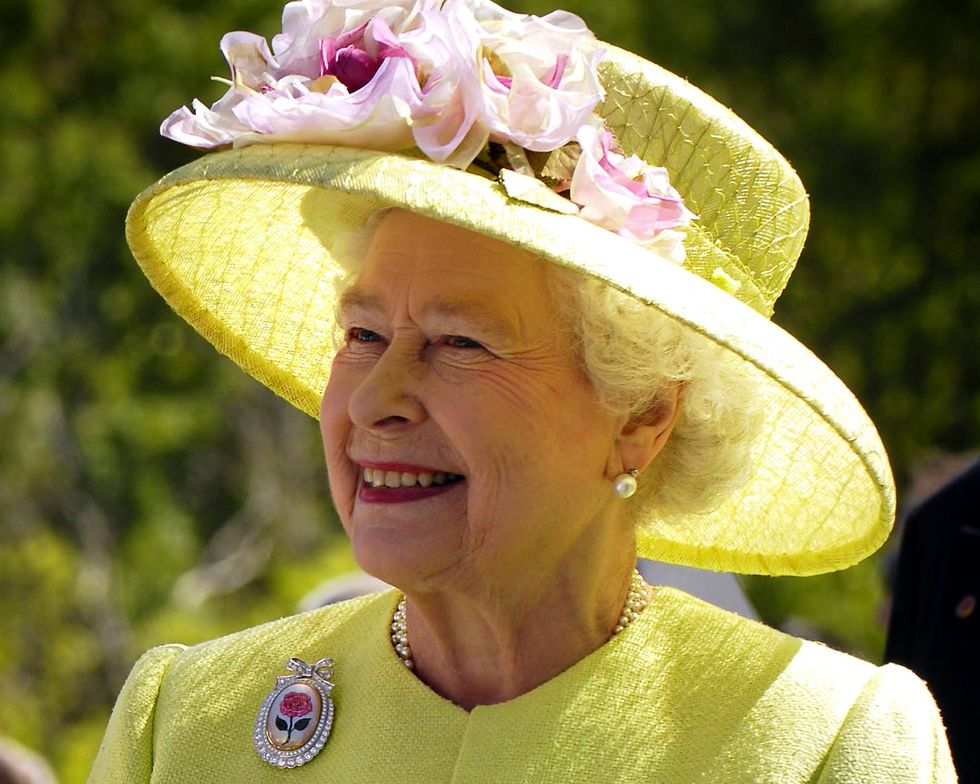 While it’s safe to say no relationship is perfect, the one shared between Great Britain and the United States since World War II is pretty close to it. Sure, things started out a little rocky a couple hundred years ago after a rough breakup, but our two countries have long since smoothed things over, becoming officially known as “special allies”—that’s geopolitical speak for BFFs.

Now the two chaotic worlds will collide as Donald Trump plans to visit Buckingham Palace and the Brits are having none of it.

Since President Trump’s inauguration, the citizens of England have let their feelings be known on our new commander-in-chief. They have protested in solidarity with the Women’s March in Washington D.C sent letters to their own political leaders imploring them to stand up against Trump’s travel ban, and nearly 2 million of them have signed a petition asking for his invite to meet the Queen of England be rescinded.

“Donald Trump should be allowed to enter the U.K. in his capacity as head of the U.S. Government, but he should not be invited to make an official State Visit because it would cause embarrassment to Her Majesty the Queen,” the petition states adding, “Donald Trump's well documented misogyny and vulgarity disqualifies him from being received by Her Majesty the Queen or the Prince of Wales. Therefore during the term of his presidency Donald Trump should not be invited to the United Kingdom for an official State Visit.”

While parliament is set to officially discuss the petition on February 20, that hasn’t stopped many of the nation’s political leaders from expressing their views ahead of time, particularly about the recent U.S. ban on Muslim travelers.

London mayor Sadiq Khan wrote in the Evening Standard, “We must now rescind the offer of a full state visit for President Trump—until this ban is lifted. I don't believe the people of London will support rolling out the red carpet until this happens.”

Foreign Secretary Boris Johnson—Mr. Brexit himself—was questioned for more than an hour in parliament regarding Trump’s travel ban. While he did not come out in support of Trump’s various executive orders, he did urge the government to continue its close relationship with the United States. “It is totally right that the incoming president of our closest and most important ally should be accorded the honor of a state visit, and that is supported by this government,” he said.

While it’s no surprise that the Queen has kept quiet on the entire ordeal, her team is starting to share tidbits on what she may be thinking and feeling on the matter.

In a letter to The Times of London, Lord Ricketts, permanent secretary at the Foreign Office, points out there is no precedent for a new president to meet the Queen within his or her first year in office. As NBC additionally reports, while President Obama made his first official visit to the U.K. just two months into the job, he did not have a meeting with the Queen until he had been in office for more than 2 years. Moreover, It took George W. Bush 32 months in office before meeting with Her Majesty.

Trump’s visit, however, appears to be accelerated. Britain's Prime Minister Theresa May announced last week that President Trump had accepted the Queen’s invitation for a state visit, potentially in June.

If Trump’s visit goes ahead as planned, he will receive the same full honors as any other dignitary visiting the Queen. As the royal website describes, the visit will include a “ceremonial welcome, which usually takes place on Horse Guards Parade. The visiting party is invited to inspect a Guard of Honour before traveling back to the Palace in a carriage procession escorted by a large number of mounted soldiers from the Household Cavalry. The welcome is accompanied by gun salutes fired from Green Park and the Tower of London.”

Additionally, the visit will include a grand formal banquet, including a toast from the Queen to their guest of honor.

But for some, the differences between the Queen and Donald Trump may make for an exceptionally exciting state visit. As Camilla Tominey, Royal Editor at the Sunday Express, tells NBC,

"To be honest, the queen is probably one of the world's best diplomats. She knows how to behave. She's met 10 U.S. presidents. The eleventh might raise an eyebrow, but it will be 'Keep calm, Carry on,' business as usual, because that's what state visits are all about. Diplomacy."

For a woman who has met with 11 U.S. presidents, whose own father may or may not have filmed her giving the Nazi salute as a child, and called the Chinese leadership “very rude” during a state visit, Donald Trump may just be a blip on her royal radar.

In the same letter to the The Times of London, Lord Ricketts posed the question, is Trump “specially deserving of this exceptional honor?”