2016: Year Of The Mulligan? Many Who Voted For Brexit Regretting Their Decision 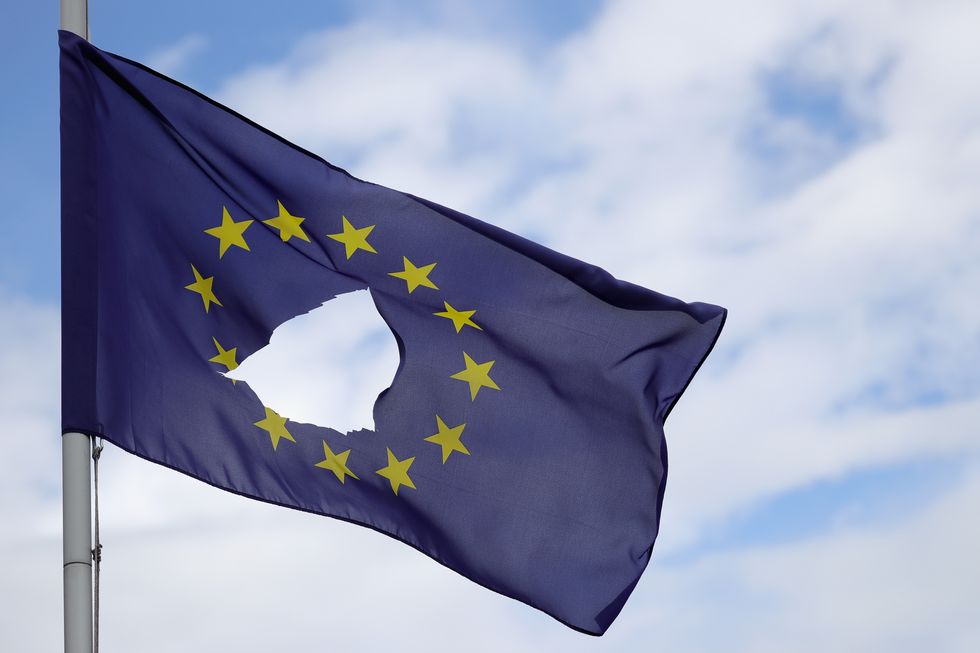 So this is really bad. Voters in the U.K. who thought they wanted to Leave the European Union just hours ago, and voted as such in yesterday’s massive referendum, have started their days with the huge surprise that democracy works!

Adam in Manchester voted Leave, but felt the reality of his decision sink in after watching David Cameron resign the office of Prime Minister.

I’m a bit shocked to be honest. I’m shocked that we actually have voted to Leave, I didn’t think that was going to happen.

My vote, I didn’t think was going to matter too much because I thought we were just going to Remain, and the David Cameron resignation has blown me away to be honest.

I think the period of uncertainty that we’re going to have for the next couple of months, that’s just been magnified now.

So yeah, quite worried.

Really, Adam?! You were given the right to vote in an election and your vote mattered and now you don’t understand what happened? Here in the States this would be the equivelant of “I thought it would be funny to vote for Trump...” and then he actually wins. It’s also the kind of outcome that surely is making Ralph Nader contemplate a third-party run right now. (Ralph. Sit down.)

But it seems like Manchester might be having a bad morning overall, as Mandy, who was interviewed at the local airport, said she too would vote Remain given the chance to do it all over again.

I was really disappointed by the results, even though I voted to Leave. This morning I woke up and the reality did actually hit me. But if I had the opportunity to vote again it would be to stay.

Mandy. Mandy! We want to stay mad at Mandy, but we mostly just feel bad for her, because she looks really kind and she’s getting lit up on the internet right now by people who are justifiably outraged at her what we hope was an action she made in a Fugue state, because there’s just no other excuse.

But Mandy and Adam are only two of 17,410,742 who voted Leave, and others are similarly regretting it this morning.

I personally voted leave believing these lies and I regret it more than anything, I feel genuinely robbed of my vote😡😤😭
— Khembe (@Khembe)1466760916.0

@verityharding @SusanCarland One of my relatives was a leaver and regretted it by 8am. Vote would be very different this afternoon.
— Taryn Harding (@Taryn Harding)1466757988.0

British citizen and Twitter user MattStephens44 posted these before subsequently deleting them:

But even despite the deleted tweets, MattStephens44 is still expressing his regret:

Former Prime Minister Tony Blair addressed the difference between real and fake voting by saying, “Many people who voted Leave who saw this as a protest vote. And it wasn’t, I’m afraid. It was a decision vote,” and one wonders how many Leave voters based their decision on facts instead of just flat out propoganda. After all, Nigel Farage, the head of the United Kingdom Independence Party (UKIP) and the most vocal member of the Leave campaign, admitted hours after polls closed this morning—in a live interview—that one of UKIP’s central platforms in favor of exiting the EU was a total lie.

In case you’re wondering what Good Morning Britain anchor Susanna Reid is talking about here, it’s the fact that these busses have been trolling around Britain as part of the Leave campaign, and those giant words written on the side of them are in fact… Lies. And one of the most prominent Euro-skeptics in the UK just admitted it—after the election.

And here we are. The Prime Minister is stepping down and Britain’s long process of detangling itself from the European Union, which it joined 43 years, now begins as conciliatory moves must be made to unite a populace that voted 52 percent to 48 percent to Leave. If you want a full breakdown of the votes by region you can find it here, and start wondering how many people wish they had a real TARDIS to go back and do this one over again.

Take note, voters of the world. Your ballot actually does count, and you can’t take it back.