How one university is fighting metropolitan gloom by transforming itself into a environmentally friendly oasis. 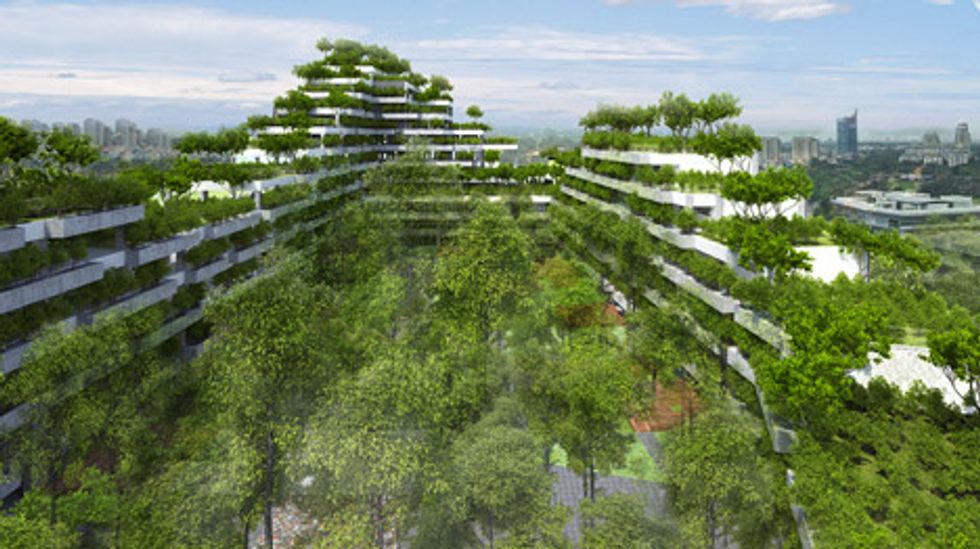 Residents of big cities may brag that they live in an “urban jungle,” but soon college students in Ho Chi Minh City may actually be doing do just that. There, FPT University has tapped Vietnamese architectural firm Vo Trong Nghia Architects to design a campus in which ordinary classrooms and administrative buildings will be blanketed with foliage that transforms the school grounds into an environmental oasis at the heart of a bustling metropolis.

Every building on the to-be-built campus will reportedly feature staggered floors, each of which will be studded with a number of different species of trees, all intended to improve air quality, provide shade for passers-by, insulation for the buildings themselves, and will ultimately lower the immediate air temperature, thereby reducing the need for air conditioning units.

Situated within the Vietnam’s largest city, the proposed FPT University campus would cover an estimated 22,500 square meters. In a release announcing the architectural plans, the firm explained:

“To engage the city in a different way, FPT University appears as an undulating forested mountain growing out of the city of concrete and brick. This form creates more greenery than is destroyed, counteracting environmental stress and providing the city with a new icon for sustainability”

Architectural Digest points out that this represents Vo Trong Nghia Architects’ second time working with FPT University. The firm designed an equally environmentally-minded seven-story administration building for the school in Hanoi, last year. That building is currently under construction.