The easy-to-operate machines mean impoverished Kenyans will no longer be stuck buying water from price-gouging vendors. 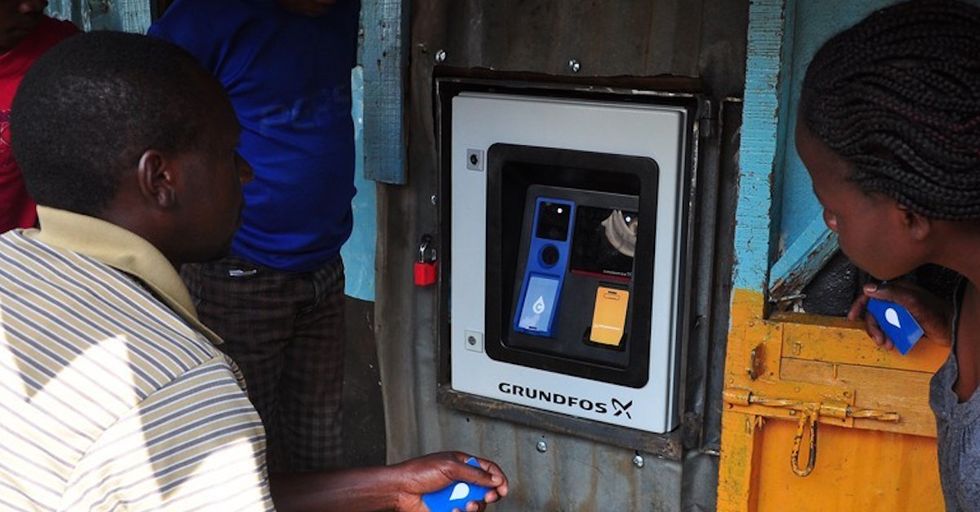 The Kenyan government is installing water vending machines in the slums of Nairobi to address the city’s increasingly dire lack of clean water accessibility. In partnership with a Danish water engineering company, they’ve placed four of the water ATMs, which can be accessed with “smart cards,” around the impoverished neighborhood of Mathare. Users store “water credits” on their smart cards, which they can then use to purchase clean water. A simple swipe of the card sends water gushing out of a pipe into whatever container is positioned to collect it.

For a long time, people living in the slums could only acquire clean water from a cartel of water vendors who sold it at inflated prices. These water ATMs, however, dispense 20 liters of water for half a Kenyan shilling—which amounts to half an American cent. Access to clean water is a fundamental human right, one which should be furnished for free. But these water ATMs provide, at least, a more afforable alternative to the water vendors, who sell the same amount of water for 50 Kenyan shillings, making clean water a luxury for most Kenyans living in the slums.