He served two tours in Afghanistan 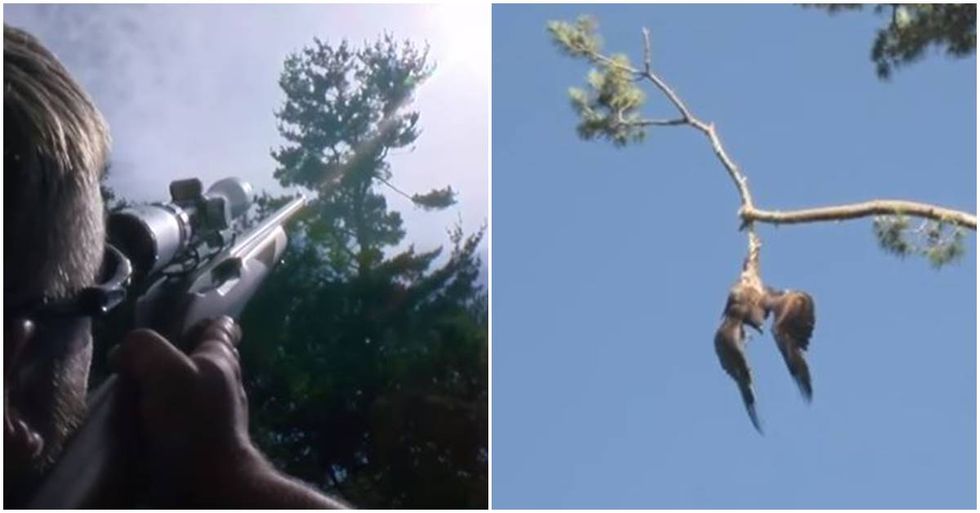 While on a run to pick up some minnows, Army-vet Jason Galvin noticed a bald eagle dangling 70 feet above his head from a tree branch. While most of the locals in the Minnesota town assumed the bird was dead, Galvin took out his binoculars and saw it was still breathing and its leg was caught on some rope tied to the branch. After calling the fire department, police, and and the DNR, no one was able to help.

“They were all aware for two-and-a-half days, but unfortunately, it wasn’t in their jurisdiction,” Galvin’s wife, Jackie, says. With the bird’s life hanging in peril, and no authorities able to help, Jackie asked her husband, a former sharpshooter who served two tours of duty in Afghanistan, to shoot the rope. After getting approval from the DNR, Gavin grabbed his .22 long rifle and got down to business.

“It was kinda weird actually shooting in the direction of a bald eagle,” Jason says. “I was very nervous. I didn’t want at all to hit that bird.” Battling leaves, branches and the mid-afternoon sun, Galvin took shot after shot trying to break through the rope. “It took an hour and a half, about 150 shots. I had to bust down a few branches to expose the rope and finally it started chipping the rope away,” Jason says. Eventually, the rope was severed and the eagle fell down through the tree.

A neighbor who worked at a local conservation center wrapped the eagle in a blanket and took it to the local Raptor center. The eagle, named Freedom by the Galvins, is expected to make a full recovery.