As the world struggles to fight terrorism, scientists propose a new plan for world peace. 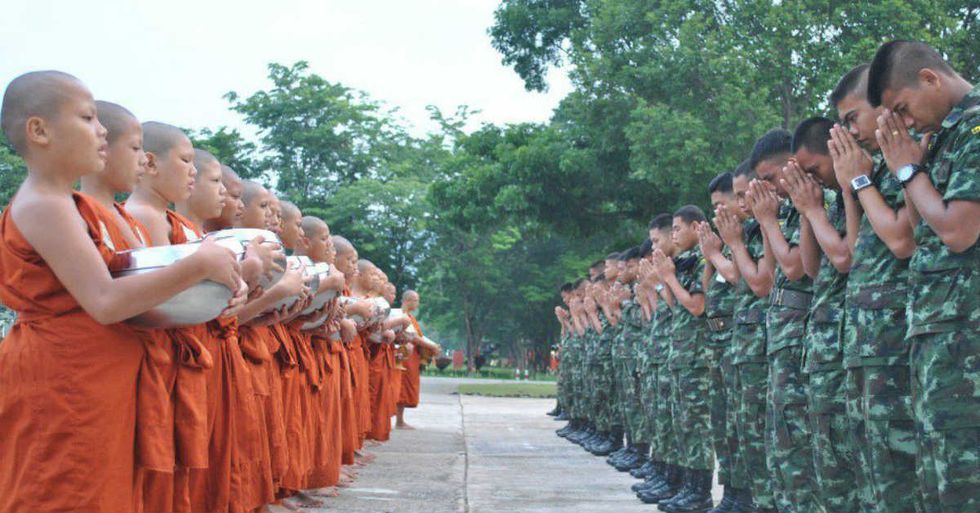 In the letter, Hagelin explains that the root cause of terrorism is a deep-rooted societal stress, accumulated from “political, ethnic, and religious tensions that have built up over time.” If left unchecked, Hagelin argues, they’ll inevitably reach a boiling point, which is likely to erupt in violence, war, and international acts of terrorism— as we’ve seen.

In this video, Hagelin describes some of the pre-existing research on alleviating violence through a collective peace consciousness—specifically, an experiment held in the Middle East during the peak of the Lebanon War:

The rationale behind Hagelin’s research is that stressed individuals created a stressed society. Our current methods of dealing with conflict are merely a “Band-Aid” solution. Hagelin believes that if enough people are collectively trained in advanced meditation techniques, fanatical tendencies will dissipate.

In the experiment, nearly a thousand people practiced Transcendental Meditation in Jerusalem to see if they could influence Lebanon in reducing terrorism. As Hagelin points out, progress toward peace went up and down consistently with the number of people practicing group meditation. The experiment, whose results were published in 1980, led to similar experiments conducted by other scientists. In every instance, there was a noticeable reduction in war-related deaths during the periods of conscious group meditation.

So, where does that leave us? Hagelin argues that any governing body has the power to organize peace-promoting technologies—at military bases, universities, or even amongst the unemployed. The theory is that peace begins within, which drastically reduces the violent, knee-jerk reactions of war and global terrorism. Maybe it’s time we make meditation mandatory.

Any government or private philanthropist who wants to see this happen should contact President@GUSP.org.