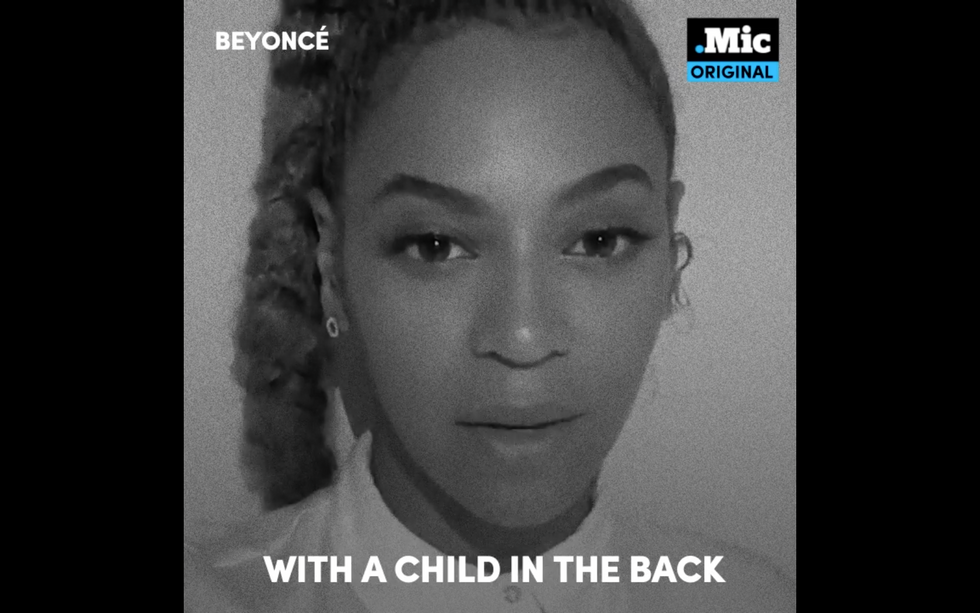 Last week, Mic ran a story called “23 Everyday Actions Punishable by Death if You're Black in America.” And it is exactly what it sounds like, a numbered list of circumstances that resulted in black people being killed by police officers. Each action links out to the story of the specific incident.

On Tuesday, Mic released a video companion to the piece that was made in conjunction with the We Are Here Movement, a social justice organization. In the PSA, figures like Rihanna, Beyoncé, Alicia Keys and even Bono take turns reading the 23 ways as images of victims appear alongside their stated “crimes”, like carrying a toy gun and walking away from police.

Keys asks viewers to sign a petition urging President Obama and Congress to act on racial inequality. We Are Here is calling for a “moonshot” to curb systemic racism. On the petition’s landing page the organization says, “The way to ameliorate the costs of making things right are directly equal to the cost of the Apollo Moon Landing. $150 billion directed at poor communities over the next 10 years, will provide access to equal education, healthcare, quality housing, training and jobs, nutrition and an overhaul of the Criminal Justice System.”

As Keys says at the end of the video, “The time for change is now. We demand radical transformation to heal the long history of systemic racism so that all Americans have the equal right to and to pursue happiness.”