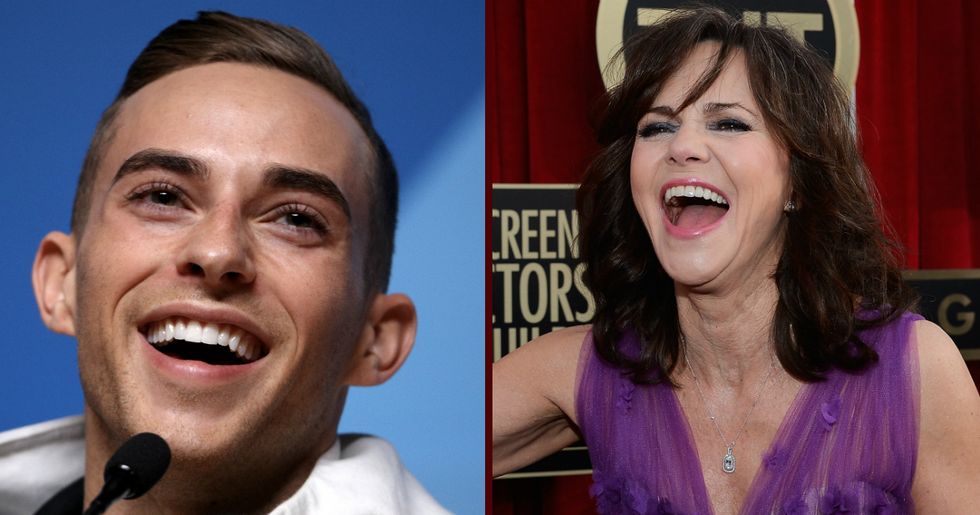 Adam Rippon competing during the Men’s single free program on day eight of the Olympics. Photo by Dean Mouhtaropoulos/Getty Images.

Sally Field is a great example of how to be the parent of an LGBTQ child.

Adam Rippon has skated his way to becoming America’s sweetheart during the Winter Olympics in Pyeongchang, South Korea. The first openly gay figure American skater to compete at the Olympics has no problem admitting it either. “I think one thing that I want people to come away with from this competition is that I’m not a gay icon or America’s gay sweetheart — I’m just America’s sweetheart and I’m just an icon. And if you have a personality like mine, it’s for everybody,” he said.

One woman who fell in love with Rippon could easily hold the title “America’s Sweetheart” as well: actress Sally Field. Field tweeted to Rippon on Feb. 13, praising him for unapologetically being himself.

You’re amazing @Adaripp. Your Olympics won’t be about Mike Pence. They will be about your excellence and your grace. And all the young boys and girls you’re inspiring. https://t.co/h5CEGvyYc4

Field’s son, 30-year-old Sam Greisman, admitted to his mother that Rippon is his “Olympic crush,” and she had no problem playing matchmaker. On Feb. 16, she tweeted her son’s text to Rippon and crossed her fingers for a response.

After Rippon’s portion of the Olympics had come to an end, BuzzFeed told him all about Field’s request. “Sally! She bold,” he exclaimed, before addressing her son. “Sam, your mom — I admire her,” he said. “And I’m sure one day we’re going to meet! So, thanks, Mom.”

It’s not surprising that Field is so involved with her son’s love life. The Oscar-winning actress was given the Human Rights Campaign’s Ally for Equality Award in 2016. In her acceptance speech, she discussed her son’s coming-out journey.

“He grew up wanting to be just like his big brothers — athletic and rambunctious, not to mention a little bit macho,” she said. “But Sam was different, and his journey to allow himself what nature intended him to be was not an easy one. As his mother, I consider it one of the great privileges of my life to be part it.”