Adidas is donating $1 for every km people run to save the world's oceans from plastic waste.

The demand for ocean plastic shoes blew away expectations. Now, it's time to put them to use. 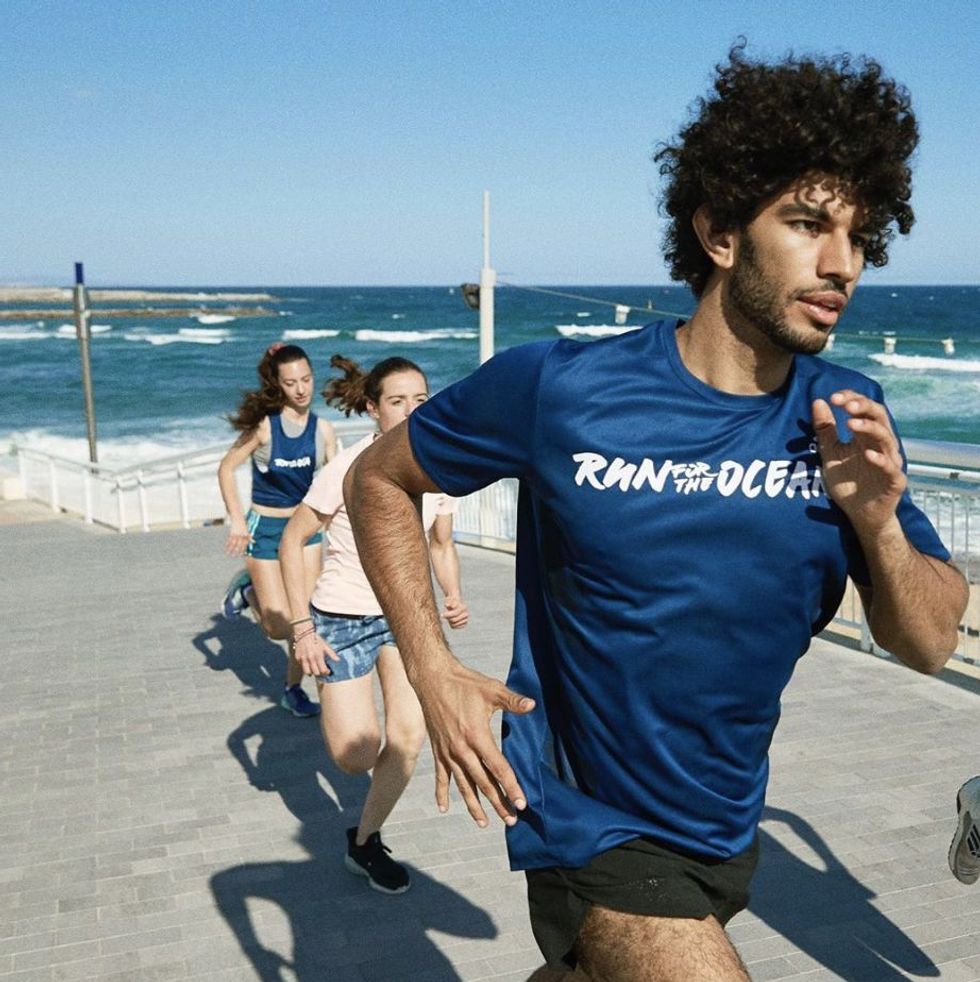 June 8 is World Oceans Day. Every day the equivalent of a garbage truck’s worth of plastic is dumped into our oceans. It has been estimated that by the year 2050 there will be more plastic in our world’s seas than there are fish.

Today, we find ourselves at a critical juncture where the fate of our oceans, and our planet itself, hangs in the balance. No longer can we run away from the problem. However, if you want to do something about it, you can now literally run toward the solution.

Adidas and Parley Ocean School are raising money to help educate young people on ways to reduce ocean plastic. Adidas and Parley have been collaborating to save our world’s oceans in a number of ways.

You can sign up for the free Runtastic app here.

And if you want to do it as part of a team, you can sign up for one of the Adidas running groups here.

"We believe in creating mass awareness to the plight of the oceans," Adidas Executive Board Member Eric Liedtke told Upworthy. "Our ambition is for RFTO to be the greatest mobilization of mankind to save our oceans."

In 2018, they made waves when they announced a plan to make 11 million shoes entirely from ocean plastic. That campaign further went viral after orders for the shoes quickly sold out.

Last year, Adidas and Parley used National Oceans Day to raise nearly $1 million for educational efforts on reducing and removing ocean plastic and this year they want to raise that number to $1.5 million:

Here’s how it works: from June 8–16, 2019, we’re putting out the call for runners worldwide to log kilometers in the Runtastic and Joyrun apps. Every kilometer recorded = $1 for Parley Ocean School to educate our youth on how to tackle the marine pollution problem, capped at $1.5 million. There’s no set distance you have to run, no set route you have to follow. Register for free via the Runtastic or Joyrun apps, and be a part of the movement.

Of course, you don’t have to be a runner to take part. The Runtastic and Joyrun apps will register however far you walk, jog or run through June 15th.

Sign up for the app. Tell your friends. And then walk or run your way to making a tangible, measurable difference in our world today.