Going after Syria’s president would likely give birth to catastrophe 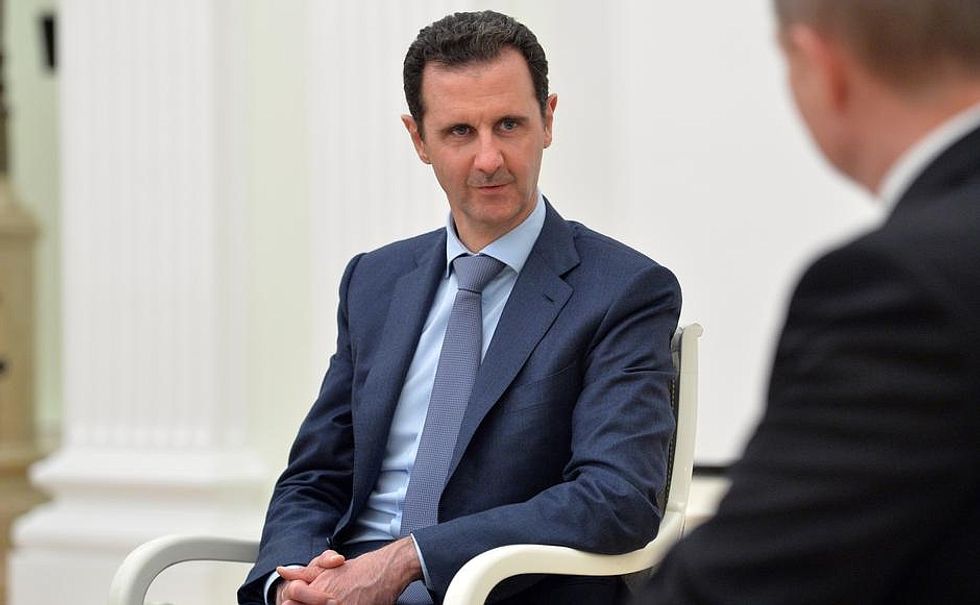 The Trump administration has done an abrupt about-face on Syria, contradicting its own nascent foreign policy. Within 24 hours, it went from calling out the Assad regime for using chemical weapons to launching missiles at military targets. As limited as the strikes were, there are also statements that plans are in the works to target Syrian President Bashar al-Assad: It “would seem there would be no role for him to govern the Syrian people,” U.S. Secretary of State Rex Tillerson said of Assad on April 6.

As costly as inaction has been in the six years since the Arab Spring uprisings first took hold in Syria, recent history suggests that removing Assad in a hurry would be an even bigger mistake. In 16 years studying and working with complex conflicts such as Syria, I have yet to see an exception to this rule.

We know where this goes next

Targeting Assad would likely give birth to the same kind of catastrophe we saw in Libya after Muammar Gaddafi’s fall. In Libya, with no true civil governance to hold the structure together, tribal alliances collapsed and a four-way fight for power emerged. It continues even now, accented by a growing presence of the Islamic State. The power vacuum that would follow the sudden and unwise removal of Assad could be worse than the current warfare and nourish the already fertile growing conditions for violent extremist and paramilitary actors.

Assad shouldn’t remain in power—he’s been proving that for six years. The recent sarin gas attack is only the most recent on a long list of other human rights violations. But he should be part of a political and legal process that removes him. That process must come from the Syrians themselves, not from the outside. His departure should be negotiated with Syrian civil society leadership to legitimize the claim to power of a civilian government. Justice for his crimes should be served by Syrian courts.

Nature abhors a vacuum: Unlike in a game of chess, in war, removing the king is not the end, but only another beginning. The idea that Syria still exists as it looks on the map is a fantasy. Part of its territory is held by the government, part is lost to the Islamic State, part of it is in rebel hands. It won’t come cleanly back together should the fighting suddenly end tomorrow.

[quote position="left" is_quote="true"]Targeting Assad would likely give birth to the same kind of catastrophe we saw in Libya after Muammar Gaddafi’s fall.[/quote]

Tensions among rebel groups—which are already high—and between pro- and anti-Islamic State forces will only increase with one combatant removed from the field. We can only attempt to predict where Assad’s loyalist forces will go with their leader removed.

In order for Assad’s withdrawal to be beneficial, it needs to come in the context of a sound Syrian-driven plan to move from immediate containment of violence to a return of civilian Syrian leadership and security. That plan currently doesn’t exist.

Outside solutions never work: In the international development world, it’s been repeatedly shown that solutions to complicated problems can’t be imposed from outside. They won’t be sustainable and often do harm. Solutions have to come from inside a country’s own civil society. Otherwise, the result is to undermine the legitimacy of the same systems of politics and justice that are necessary to hold a population together in the long term. At present there is little left of Syrian civil society, but local councils continue to provide the connective tissue that holds the country together in areas not held by Assad. These organizations can jump-start efforts to create new democratic institutions.

What’s the endgame? The classic underpinnings of our own strategic doctrine stress that military action should never be taken without a clear goal for a desired end-state. Of all the possible actions the United States could take, regime change is the most deceptively simple—but it doesn’t qualify as an end-state. In fact, it would usher in a more chaotic and violent environment that would be hard to contain even by several countries working together militarily.

Libya and Iraq both demonstrated this all too clearly. They fell into chaos despite the efforts—or perhaps because of the efforts—of multinational coalitions. Thursday’s strikes only increased the sense of crisis and confusion, as everyone from the Syrians to the Russians to America itself wonders what the next move will be. Most worrisome, it’s unclear whether Trump himself has a firm grasp on what he’s doing next or why.

Whither the ship of state? Most of America’s high-level diplomatic positions are still unfilled. These are positions that manage complex State Department processes, and which have the political heft to hold their own with the Department of Defense in fights over direction and leadership. They coordinate with international partners to ensure there are no miscommunications and that missteps are minimized. They provide much-needed analysis about dynamics and changes in conflict zones. They also help to mitigate the heightened probability of accidental clashes with international actors, such as Russia, in the confusion and increased tension that follows military action.

The infrastructure through which Assad mounts his offensives cannot be decisively destroyed by anything limited and quick. They are too dispersed and numerous. Unless the United States is willing to commit to a sustained and substantial campaign or to throw its weight behind a political end to the war, Thursday’s strikes are an empty gesture. At the same time, it’s also true that even a sustained and substantial military campaign would not bring about peace and security, and would put American troops on a battlefield that’s essentially one big crossfire. It’s a catch-22.

The fact that the United States has now literally fired its opening salvo limits the American government’s options—but the political process is a sustainable path that offers a way out of the catch, and there’s still time to put our weight behind that. It does neither the Syrian people nor our own security any good to find urgency overnight, only to make a bad situation worse.