Anita Hill got an apology from Joe Biden, now she wants America to get one, too.

“I will be satisfied when I know there is real change and real accountability and real purpose.” 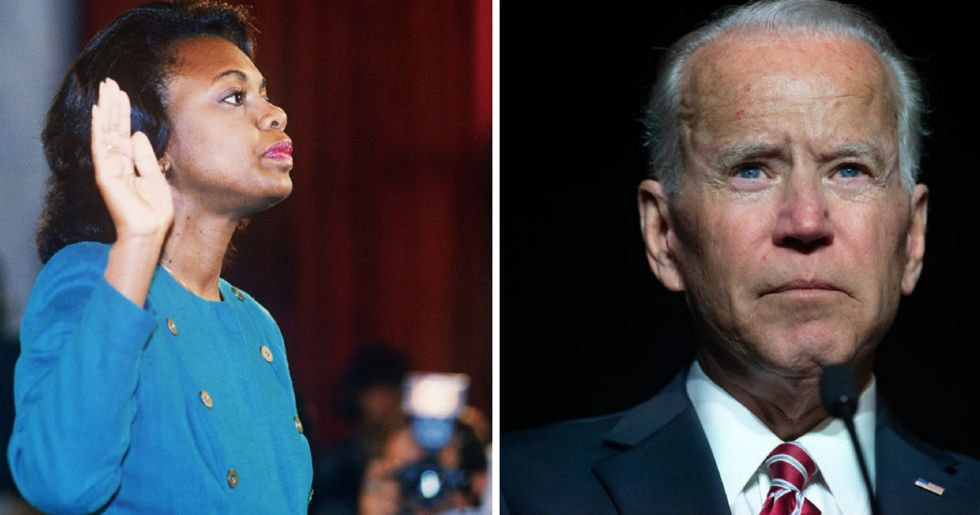 The hardest words to say are, “I’m sorry.” Especially if your actions made it harder for women reporting sexual harassment to receive justice.

Joe Biden reached out to Anita Hill in a phone call, expressing “his regret for what she endured” when she accused Clarence Thomas of sexual harassment. But Hill refuses to label his remarks to her as an apology. “I cannot be satisfied by simply saying I’m sorry for what happened to you. I will be satisfied when I know there is real change and real accountability and real purpose,” Hill said in an interview with the New York Times.

During the interview, Hill did not hold back, calling out the effects of Biden’s behavior. Not only does Hill feel like Biden’s treatment of her when he served as the Chairman of the Senate Judiciary Committee during Thomas’s confirmation hearings was “misleading,” but she also feels it “set the stage” for what occurred during the Kavanagh hearings last year.

“It set the stage for what people now think are sham hearings, which are supposed to be about truth and about finding the best people for positions for power, testing their character and fitness for those positions.’” Hill said. “It was more about that than assuring the American public that you have the right people in these offices and on the Supreme Court.”

Actions don’t exist in a vacuum. What happened 28 years ago has an impact on what happens today. And for that, Hill says the real apology needs to go to America. “The focus on apology to me is one thing. But he needs to give an apology to the other women and to the American public because we know now how deeply disappointed Americans around the country were about what they saw,” Hill said. “And not just women. There are women and men now who have just really lost confidence in our government to respond to the problem of gender violence.”

Hill believes that people are capable of change, even if she hasn’t seen that from Biden, who recently received his own accusations of touching women in a way that made them feel uncomfortable. Biden is in a position where he’s capable of righting his wrongs. “What I want to hear from him, and what I want to hear from all of the candidates, is that this problem that we are experiencing now, that we are more aware of than ever before, problems of sexual harassment and sexual assault, women’s integrity to protect their own bodies — that this is a big problem,” Hill said. “This is a problem that should be a problem of major public concern. I want to know what every candidate is going to do to address it.”

Even though Hill won’t accept Biden’s non-apology, she still wants to see him act better. “I’m willing to give him the chance. And I hope he will step up,” said Hill.

Everyone has the power to act better. It’s up to the person to actually be better.