Weird that a group of folks who chanted, "Drain the swamp!" hate this woman who is exposing what the swamp really looks like. 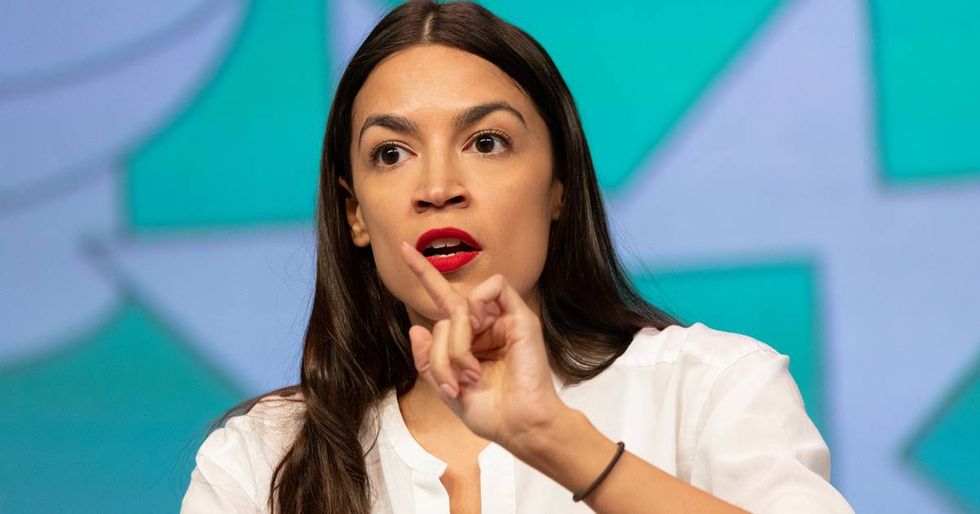 Freshman representative Alexandria Ocasio-Cortez has won a lot of respect from progressives for approaching her new job, not as a career politician, but a citizen working in Congress for the American people.

Since taking office in January, she has attempted to expose Americans to what government looks like from the inside, and it’s been eye-opening. In a recent tweet thread, she showed how lobbying works, and it isn’t pretty.

AOC’s tweets were in response to a story in The Intercept about how a lobbying group known as Center Forward paid for four dozen senior congressional staffers to attend a spa day in Virginia.

At the event, Center Forward lobbied the staffers to defeat any future Medicare-for-all legislation. As congressional staffers sipped premium Virginia wines they heard from lobbyists from the Partnership for America’s Health Care Future (an anti-Medicare-for-all group), the Federation of American Hospitals, and the Kaiser family.

No Medicare-for-all supporters presented at the event.

“I don’t think there were any supporters of Medicare-for-all speaking. We at the Kaiser Family Foundation don’t take a position on any issues, pro or con,” Larry Levitt, a representative from the Kaiser family, told The Intercept. “I discussed a variety of health care issues being debated in Congress, including Medicare-for-all and a public option, explaining their benefits and potential downsides.”

“The host list speaks for itself,” said Wendell Potter, president of Business Initiative for Health Policy. “This event wasn’t about fixing the health care system. It was about protecting the healthcare industry, no matter the cost to patients, families, workers, or employers.”

In February, Alexandria Ocasio-Cortez went viral for a brave speech she made to the House Oversight and Reform Committee. She didn’t pull any punches when explaining how the current system encourages and rewards politicians for doing the bidding of corporate masters instead of the American people.