Alexandria Ocasio-Cortez helped raise $340,000 for a trans rights group while proving her nerd cred at the same time.

The case is currently being heard in the 9th Circuit Court of Appeals. 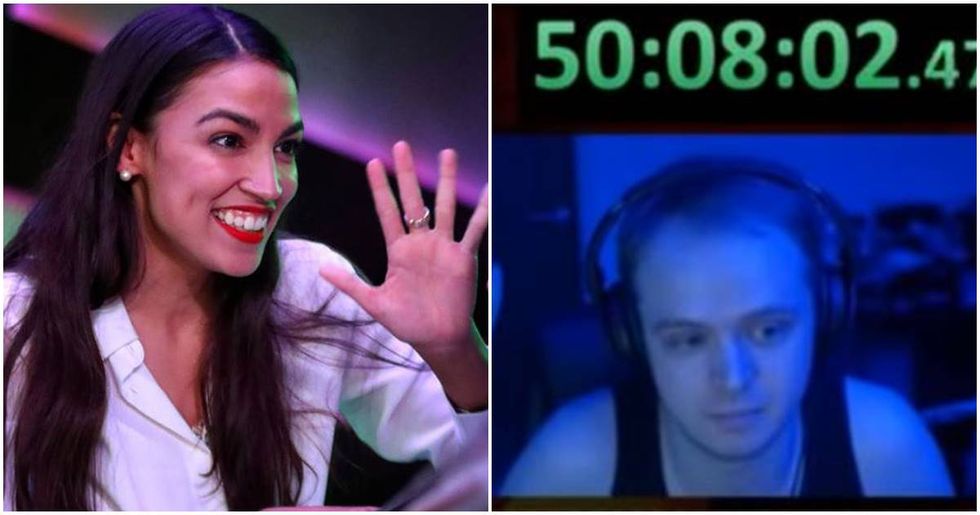 The Supreme Court dealt a blow to the LGBT community on Tuesday by voting 5-4 to enforce president Trump’s transgender troop ban while litigation over the executive order continues. The vote was strictly down party lines.

The case is currently being heard in the 9th Circuit Court of Appeals.

While the news out of Washington, D.C. is a setback to the transgender community, over the weekend, there was some positive news. British YouTube star Hbomberguy, whose real name is Harry Brewis, raised hundreds of thousands of dollars for transgender youth through his Twitch stream.

For the uninitiated, a Twitch stream is a live video stream popular with gamers.

Brewis live-streamed himself playing Donkey Kong 64 on Saturday, January 19 and didn’t stop for 57 hours. His goal was to achieve a 101 percent completion run.

she also said that Nintendo 64 is the best console, which is a decent platform to run on pic.twitter.com/WVH3UuQ2Cl

During the stream, Democratic Representative Alexandria Ocasio-Cortez popped in for 12 minutes to support his efforts. During the discussion, she discussed the government shutdown, transgender rights, and her favorite gaming system, the Nintendo 64.

“I never owned an N64, though I do think it’s probably the best system,” Ocasio-Cortez said, “But I used to go to my cousin’s house all the time and she had Super Mario 64, Pokemon Snap, and that’s probably all I know how to play.”

Ocasio Cortez also tweeted about the stream to her 2.5 million followers.

If you’d like to use this as a good moment to support the queer community, there’s a charity twitch stream going on for @Mermaids_Gender: https://t.co/vCvvqRhAwb

Brewis couldn’t believe it when Ocasio-Cortez popped in on the stream.

Ocasio-Cortez’s surprise appearance was a big hit with Brewis’ fans.

By the end of Brewis’ stream, he had raised over $340,000 for Mermaids, a U.K charitable organization that supports transgender youth and their families.

Apparently today is #BlueMonday, the saddest day of the year?

This weekend one guy raised over $340,000 for Mermaids by playing Donkey Kong online and uniting the world behind trans kids and the trans community.

You can watch Ocasio-Cortez’s entire appearance on the stream below.