Apple announces plans to spend nearly $1 billion on the largest solar power investment of its kind. 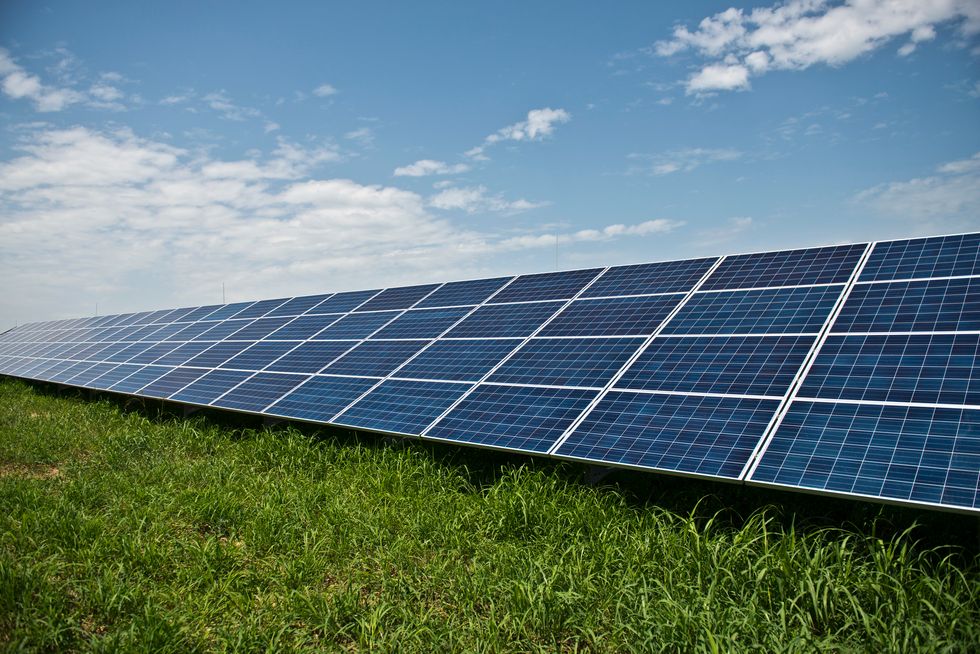 It was smart of Apple to acquire the iTunes rights for the Beatles song catalog back in 2010. CEO Tim Cook’s announcement this week that the company will be making an unprecedented investment in solar energy should have everyone singing “Here Comes The Sun.”

Speaking at the Goldman Sachs Technology and Internet Conference, Cook shared plans for a new partnership with solar energy company First Solar Inc.—One that will provide enough electricity to power Apple’s operations across the entire state of California: Stores, data centers, and even the company’s massive new “Campus 2” corporate headquarters.

As The Washington Post points out, this announcement is the latest, and certainly the biggest, step in what’s been a steady pivot toward renewable energy for the tech giant. The company reports 73 percent of its facilities have gone green, and even has former Environmental Protection Agency head Lisa Jackson as its VP of Environmental Initiatives. Still, the deal struck between Apple and First Solar is significant not only only for its sheer size and scope, but for the precedent it sets for other corporations. It’s a move that’s garnered praise from Greenpeace, whose Senior IT Sector Analyst Gary Cook (no relation to Tim) is quoted by the Post as saying:

“It's one thing to talk about being 100 percent renewably powered, but it's quite another thing to make good on that commitment with the incredible speed and integrity that Apple has shown in the past two years. Apple still has work to do to reduce its environmental footprint, but other Fortune 500 CEOs would be well served to make a study of Tim Cook, whose actions show that he intends to take Apple full-speed ahead toward renewable energy with the urgency that our climate crisis demands.”

The partnership, believed to be the biggest of its kind, means Apple will “receive electricity from 130 megawatts (MW)AC of the solar project under a 25-year power purchase agreement" according to a press release put out by First Solar. Construction on the solar field at the heart of the partnership is expected to begin in mid-2015, with Apple’s power coming from 1,300 of the proposed 2,900 acres of solar paneling, the remainder of which will used to provide 150 megawatts to California’s Pacific Gas and Electric utility provider.

Tim Cook reportedly explained to conference attendees that Apple is invested in the Solar partnership:

"...because it's right to do, but you may also be interested to know that it's good financially to do it. We expect to have a very significant savings, because we have a fixed price for the renewable energy, and there's quite a difference between that price and the price of brown energy."