‘I can't stand your gayness’ 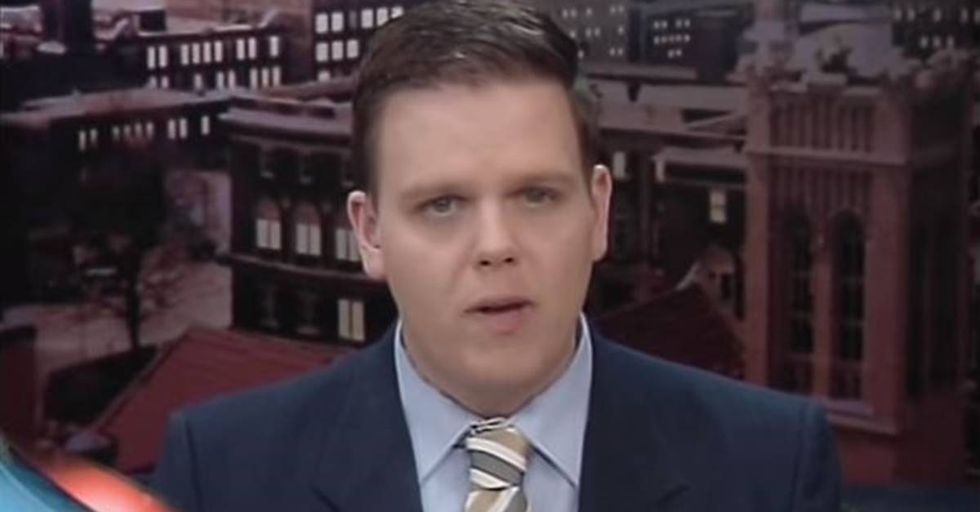 For 20 years, Mitchell McCoy has worked in broadcasting, and since October 2015, the openly-gay journalist has anchored the KARK 4 News and Fox 16 News in Little Rock, Arkansas. While broadcasters such as as Anderson Cooper, Don Lemon, and Rachel Maddow have all paved the way for LGBT visibility in the newsroom, an openly-gay anchor still ruffles the feathers of some in conservative Arkansas. One viewed in particular wrote to McCory to tell him about it.

“I watched KARK before you joined and it was a reputable broadcast until you joined,” the email read. “I have been holding back for months but I can’t stand your gayness. You are on television every night and our children should not be watching people like you. You are a disgrace to Arkansas and I will be asking your boss to take you off.” Then in a bizarre display of polite bigotry, the viewer asked McCory not to be offended by his email, but “society is not ready for gay men reading the news.” After reading the email, McCory decided to share it on Twitter and provided a response that showed his grace and level-headedness.

In light of the bigoted email, KARK’s News Director Austin Kellerman told a local paper that she stands by McCoy. “As public figures, our journalists often receive messages from viewers — some good, some bad. It’s part of our profession. Mitch is a great journalist, and we’re happy to have him on our team,” Kellerman said.