An astronaut accidentally dialed 911 from space and Houston had a problem. 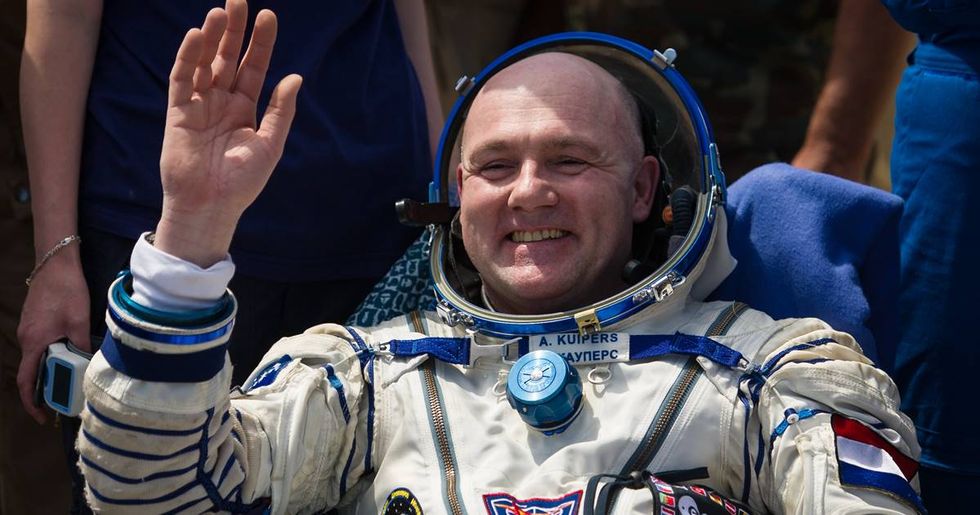 The International Space Station via Sarah/Flickr

When you’re an astronaut living in a zero-gravity environment, doing simple, everyday tasks are much more difficult than they are on Earth. NASA astronauts even have to go through an entire toilet training before they’re allowed to head out into space.

However, making a phone call is pretty similar to how we do it here on Earth.

Recently, Dutch astronaut André Kuipers explained how making a phone call from the International Space Station is such a common occurrence, he’s even dialed a wrong number from 220 miles above the Earth’s surface.

While trying to contact NASA’s Johnson Space Center in Houston, Texas, Kuipers accidentally dialed 911 and immediately hung up. This set off an alert and a security team was dispatched to the Houston center.

“I made a mistake, and the next day I received an email message: did you call 911?” he told a Dutch public broadcasting station.

Imagine being the 911 dispatcher and getting a call from space.

“Uhm, sorry guys it’s going to be a little tough to get any police officers out to the International Space Station. Looks like you’re on your own.”

Accidentally dialing 911 is a common occurrence for at the astronauts at the International Space station because — just like a terrestrial office phone — orbiting astronauts have to dial 9 for an outside line, followed by 011 for an international line.

According to astronaut Holly Ridings, the phones astronauts use in space operate like Skype. “[Astronauts] can call any phone in the world if they have the right satellite coverage,” she told Space Answers. “That helps them stay in connection with their families and their friends as well as the people they work with.”

If I were up in space, I’d order a pizza. Because, at a lot of places, if they don’t deliver in 30 minutes or less, your order is free.