Elon Musk And Bill Gates Are Really Worried About Your Job 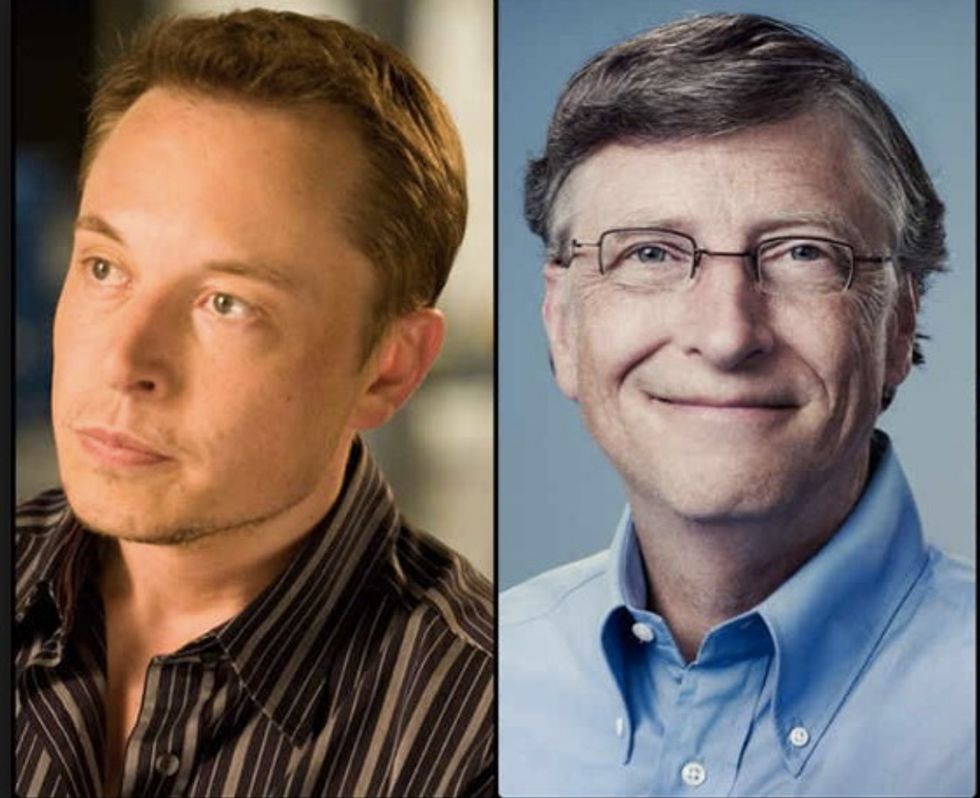 There’s a rising chorus of concern among tech leaders in the United States about how quickly robots will take away human jobs.

Stephen Hawking has warned about the perils of automation in the past:

“The automation of factories has already decimated jobs in traditional manufacturing, and the rise of artificial intelligence is likely to extend this job destruction deep into the middle classes, with only the most caring, creative, or supervisory roles remaining.”

Elon Musk had this to say about the machine uprising at the the World Government Summit in Dubai:

“What to do about mass unemployment? This is going to be a massive social challenge. There will be fewer and fewer jobs that a robot cannot do better (than a human). These are not things that I wish will happen. These are simply things that I think probably will happen.”

“You cross the threshold of job replacement of certain activities all sort of at once. … So, you know, warehouse work, driving, room cleanup, there’s quite a few things that are meaningful job categories that, certainly in the next 20 years (will go away).”

To put it bluntly, jobs are vanishing much faster than anyone ever imagined, though it also appears we’ve been turning a blind eye to the warning signs. In 2013, policy makers largely ignored two Oxford economists who suggested that 45 percent of all U.S. jobs could be automated away within the next 20 years. Today, that stark warning sounds all but inevitable. Below we break down three sectors at risk for automation and the millions of Americans who will likely be effected.

Those self-driving cars you keep hearing about are about to replace a lot of human workers. Currently in the United States, there are:

There’s also an estimated 1 million truck drivers in the United States. And Uber just bought a self-driving truck company. As self-driving cars become legal in more states, we’ll likely see a rapid automation of all of these driving jobs. Why? It’s simple math: If a one-time $30,000 truck retrofit can replace a $40,000 per year human trucker, there will soon be a million truckers out of work.

And it’s not just the drivers being replaced. Soon entire warehouses will be fully automated. The video below shows just how easily a fleet of small robots can replace a huge number of human warehouse workers.

Many of these jobs will soon be automated away. Amazon, the world’s largest retailer, is testing a type of store with virtually no employees. Customers can simply walk in, grab what they want, and walk out without a single interaction with another living human.

A big part of sales is figuring out — or even predicting — what a customer will want. Well, Amazon grossed $136 billion last year, and its “salespeople” are its algorithm-powered recommendation engines. Imagine the impact that Amazon will have on retail when they release all of that artificial intelligence into brick-and-mortar stores.

The United States will soon go the way of Japan, which has been automating aspects of its restaurants for decades : taking orders, serving food, washing dishes—even automating food preparation itself.

There’s even a company that makes delivery trucks that drive around and start baking pizzas in real time as orders come in.

Automation is inevitable, but we still have time to take action and help displaced workers. The software powering these robots becomes more powerful every day. We can’t stop it. But we can adapt to it.

Beyond Gate’s recommendation to tax the robotic workforce, Elon Musk recommends we adopt universal basic income, which would provide every American in a certain tax bracket a living income each year without the restraints our welfare system currently puts in place. As many in the universal basic income community believe, this would allow the economy to continue on as millions of U.S. workers find themselves displaced by automation.

My own personal recommendation is to take this a step further by taking part of the taxpayer money we’re using to subsidize industries that are now mostly automated and, instead, invest it in training workers for emerging engineering jobs.

The answer to the automation challenge may involve some combination of these three approaches and will undoubtedly come with complications. But we need to take action now, before we face the worst unemployment disaster since the Great Depression.

What else can we all do while facing the future of a changing American workforce?

-Educate yourself on the automation and its economics effects. This is the best book on the subject.

-Talk with your friends and family about automation. We can’t ignore it just because it’s scary and unpredictable. We need a public discourse on this so we can decide as a country what to do about it — before the corporations and their bottom lines decide for us.

-Contact your representatives and ask them what they’re doing about automation and unemployment. Tell them we need a robot tax, universal basic income, or more money invested into technology education — whichever of these best aligns with your political views.

If we act now, we can still rise to the automation challenge and save millions of Americans from hardship.