Here's what happened to the beauty blogger 20,000 people tried to shut down.

Some say she’s a terrible example for young girls. 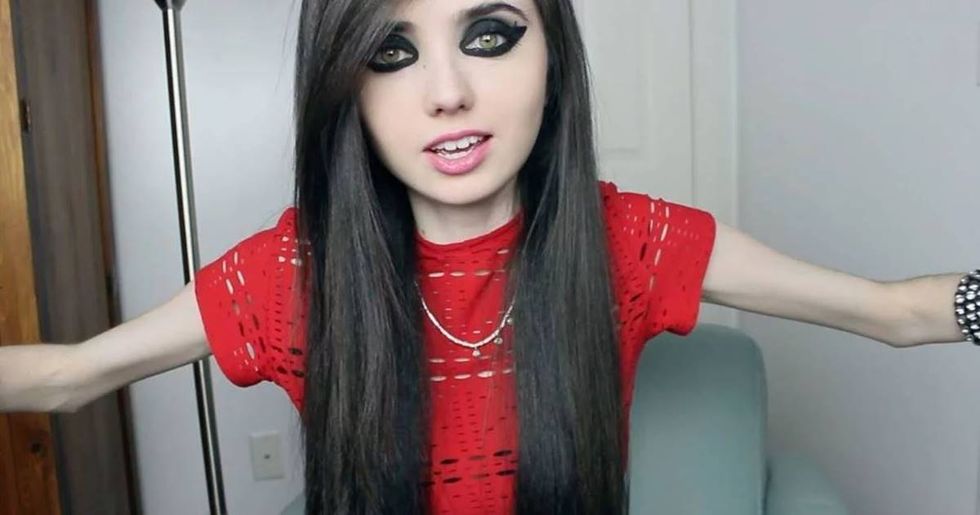 Eugenia Cooney is seriously underweight. Although she denies having an eating disorder, there’s no denying she needs help.

Cooney has a popular YouTube channel where she discusses fashion and beauty tips with over 1 million followers. Her audience is divided between people who want her to get help and those who idolize her.

Looking for color in a black and white world pic.twitter.com/nFXR3cO77h

In 2016, Lynn Cloud created a Change.org petition to have her banned from YouTube for being an unhealthy influence on young girls. Over 20,000 people signed the petition.

“She knows that she’s influencing young teenage girls into thinking being 60 lbs. is normal. It’s most definitely not,” she told Attn:. “Ever since she has moved out of her mother’s house recently, she has been getting skinnier and skinnier. This clearly isn’t a ‘high metabolism’ or any other type of losing body weight uncontrollably condition.”

The petition was later taken down by Change.org and Cooney has continued to do her show. But that hasn’t stopped the petitions. Currently, there are three on Change.org, although none of them have attracted as much attention as the one from 2016.

Cooney was recently banned from Twitch after a nip slip violated the site’s community standards.

So it turns out I now have a strike on my channel and my video got removed and all it was was an outfit haul :( really upset because I did not at all mean to do anything wrong.

"no idea" Please can you be honest I yourself and your fans? The video was taken down because You're dying. Your body is that of a horribly sick person in desperate need of medical treatment. That image can't be allowed on YouTube to promote anorexia. Just stop. You need help.

YouTube later re-uploaded the video, but the company should take responsibility for giving her a channel to promote a dangerous lifestyle. While she claims she doesn’t promote eating disorders, there are countless girls who wish to be like her.

I want to be Eugenia Cooney skinny. These screenshots are from her younow a little bit ago. pic.twitter.com/YHGCihW4WM