Recently discovered footage shows Bernie’s been warning us about ecological disaster since before it was cool. ​

The video is from 1989 when he was mayor of Burlington, Vermont. 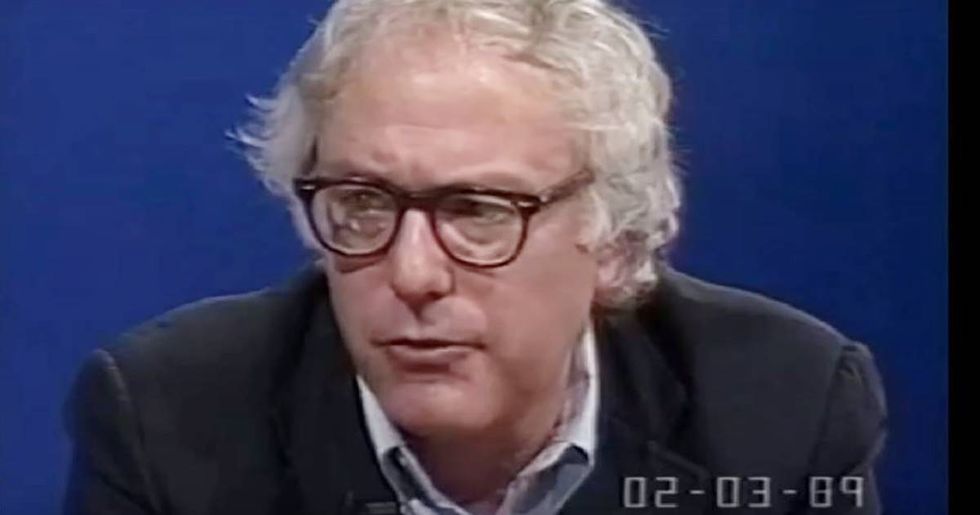 The world was a much different place in 1989. The Soviet Union had just fallen, George H.W. Bush was the newly-elected president of the U.S., and Bill Cosby was the number one sitcom star in America.

However, Bernie Sanders was pretty much the same guy.

A recently unearthed clip of a 1989 C SPAN interview showed Bernard Sanders, mayor of Burlington, Vermont (pop 39,000), doing what he still does to this day, lambasting the corporate media for downplaying important environmental issues of the day.

“We face, as all people know, an ecological crisis, acid rain, the destruction of the ozone layer, the greenhouse effect,” Sanders tells C SPAN. “One would think, that the CBS’s and the NBC’s of the world would be doing prime-time specials on these programs, having different scientists talking about the issues, involving people in understanding what’s going on in terms of our planet.”

“They don’t,” Sanders continued. “The function of television is to make the most money as possible for the wonders of the television stations and for those people who advertise.”

The good news is that since Sanders’ 1989 interview, two out of the three ecological problems he discussed have improved. Research shows that although acid rain is still an issue in New York, Vermont, New Hampshire, and Maine, environmental regulations have helped to significantly reduce the problem.

Environmental protections set forth in the 1987 Montreal Protocol have reduced the hole in the ozone layer above Antarctica and it’s believed it will completely be closed by 2050.

The entire interview, posted below, could be the basis of a Bernie Sanders stump speech in 2020. In the interview, he discusses his dissatisfaction with the two-party system, the importance of raising the minimum wage, income inequality, and calls for the creation of a Democratic Socialist Party.