He once praised Uganda’s “Kill the Gays” bill 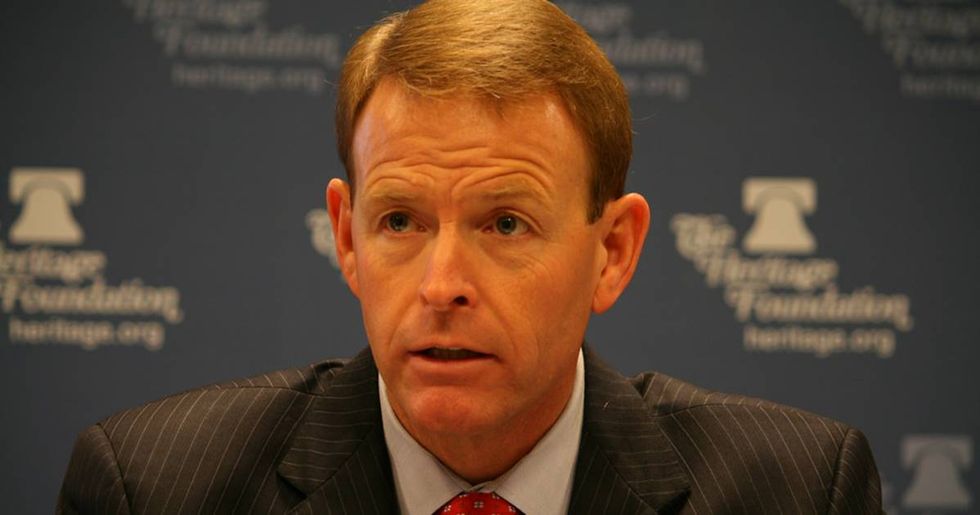 Sometimes a story is so thick with irony it feels like it has to be an act of divine intervention. Last Saturday, the home of anti-gay-rights lobbyist Tony Perkins was destroyed during the disastrous flood that’s ravaged his home state of Louisiana. Although no one should take an ounce of joy in the destruction of another person’s home, it’s a bizarre twist in the life of a man who claimed that god unleashes natural disasters on America to punish gay people.

In a 2015 interview, Perkins agreed with Messianic Jewish pastor Jonathan Cahn that Hurricane Joaquin was a “sign of God’s wrath” over the legalization of gay marriage. Perkins responded affirmatively saying, “God is trying to send us a message.” Perkins has a dark history of supporting violence against gays. As president of the Family Research Council he once backed the “Kill the Gays” bill in Uganda calling it an effort to “uphold moral conduct that protects others.”

Although Perkins has yet to attribute the Louisiana flood to the wrath of a supernatural being, he did say it was a “flood of near-biblical proportions” in an interview with the Family Research Council. “We had to escape from our home Saturday by canoe. We had about 10 feet of water at the end of our driveway. Our house flooded, a few of our cars flooded.” It’s good news that Perkins is safe, maybe this experience will allow him to reflect on the real causes of natural disasters. Like, extreme humidity and near-stationary low pressure hovering over the Gulf Coast, perhaps?