Baltimore Residents Are Organizing Efforts to Keep Their City Running

Volunteer clean-ups and hot meal distributions are being organized online and off. 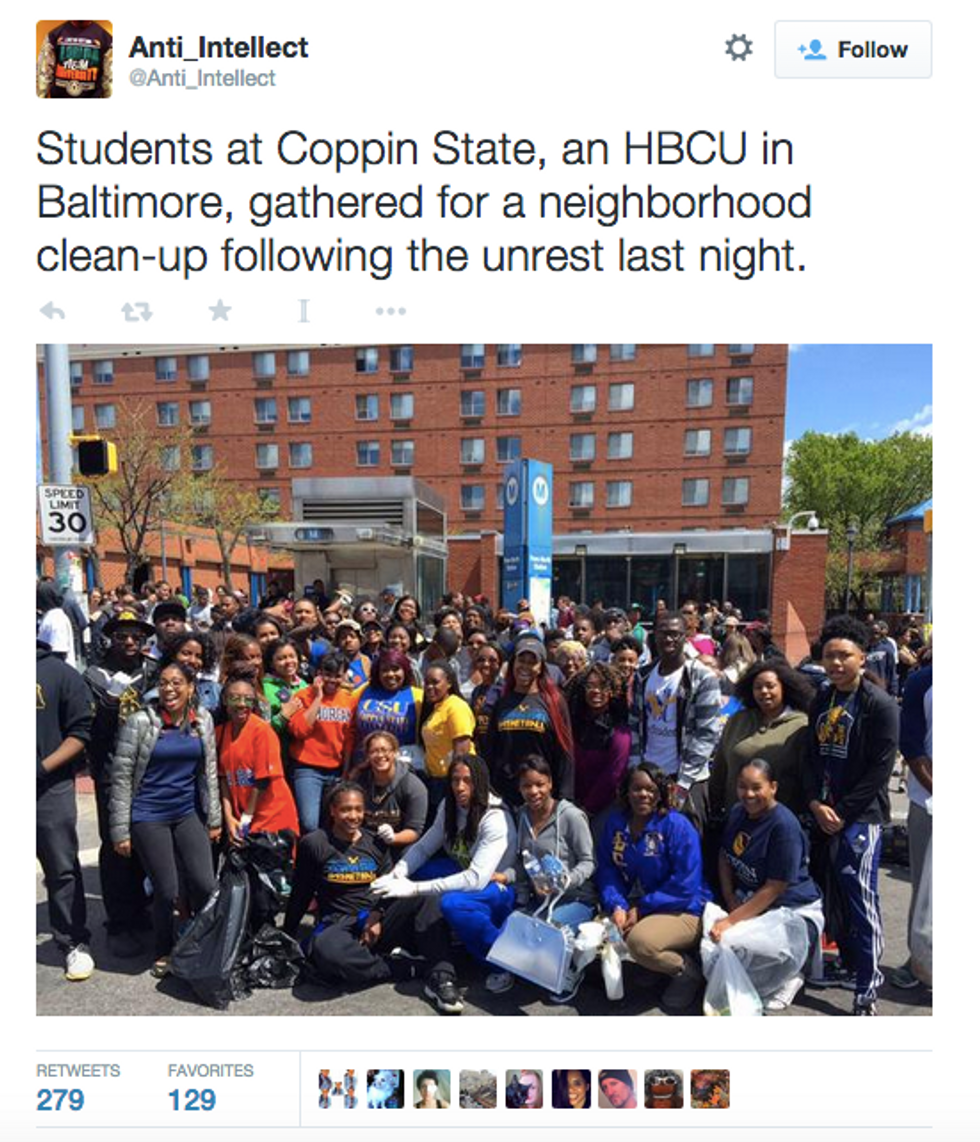 All around Baltimore today, residents have been organizing grassroots efforts to keep their city running, as protests against police violence continue unabated in the wake of Freddie Gray’s death. Local organizations like the Leaders of a Beautiful Struggle, the No Boundaries Coalition, and Bmore United, as well as local churches and faith organizations, are offering their support to affected communities.

Gray, who was 25 years old, died of spinal injuries while in police custody on Saturday. The dubious circumstances of his arrest and death have served to galvanize the city of Baltimore in the fury of righteous protest, bringing to the fore a long history of Baltimore police corruption and brutality against black communities. But as police confronted protesters in full riot gear, the demonstrations have taken a violent turn. National Guard troops were deployed after a state of emergency was declared. Meanwhile, city services have screeched to a halt—and residents are attempting to fill the vaccuum.

On Facebook, citizens are mobilizing volunteers to clean up the streets. On Indiegogo, a crowdfunder named Janea Kelly working independently is raising money for supplies.

“This is a city that I have come to call home but this city isn't just the blocks I live on, it's the people I meet everyday, it's the parts that have been systemically shunned and crippled to allow the parts that we all love and invest time and money in to thrive,” writes Kelly in her plea for donations. “I want to help clean up and aid where I can in Baltimore post-protests.”

As protests continue for the next few days, local schools have also been shut down. To provide for low-income students who won’t have anything to eat for lunch today, activists are coordinating on twitter with the hashtag #BaltimoreLunches to host hot meal and lunch distributions all over the city. Meanwhile, Whole Foods, in a particularly tone-deaf moment, is providing lunches to the National Guard.