But there may be more to the story. 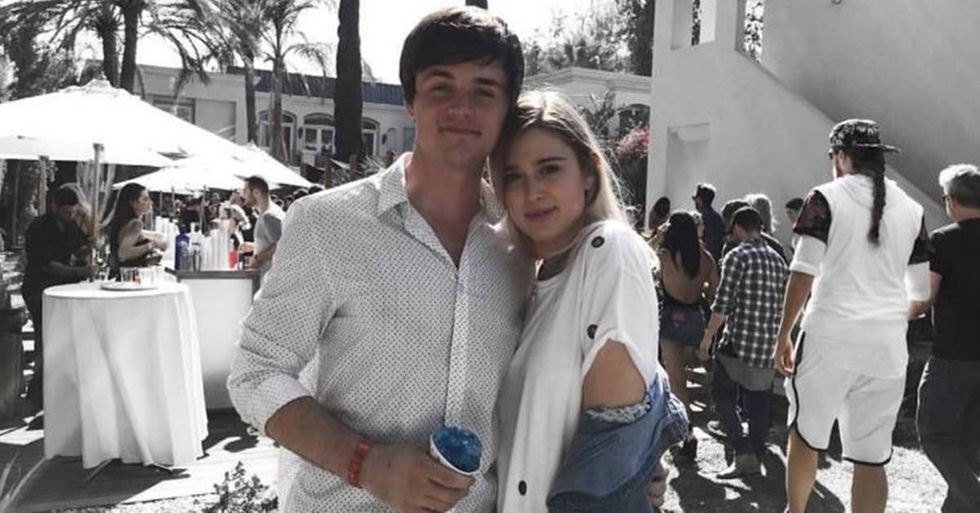 Brianna Joy of Phoenix, Arizona is a popular beauty blogger with over 300,000 followers. Recently, she and her husband, Jaelin White, 18, moved to Chicago so White could jumpstart his house-flipping business. The video blog of their move has been seen over 1.5 million times, and not because of the hip apartment the teenage power couple created. Instead, it has gone viral because it’s the perfect example of a privledged couple completely unprepared for urban living.

The couple’s harrowing tale was documented in a YouTube blog entitled “The Reason We’re Homeless Right Now... (no clickbait) Storytime.” In the video, the couple tells the story of their “traumatic experience” in what clearly looks like an affluent home decked out with granite counter tops and stainless-steel appliances. The couple’s quick sojourn begins with a ride in a Volkswagen Jetta to Chicago where the couple settles in a neighborhood flush with $900,000 homes in the Edgewater neighborhood.

To put their new love nest together, the couple took a trip to Ikea, and Joy started “like settling everything up all cute.” They soon became hungry and decided to take the the “L” to a local Chipotle for lunch. In the video, the woefully un-urban Joy describes the “L” as “kind of like a subway,” using air quotes around the term “subway.” But during their journey they were confronted by a “sketchy” guy so they hid in a Subway sandwich shop and ordered an Uber to take them home. Where most people with any street smarts would have ignored the man, the couple called the police, and repeatedly went outside to speak with him. Eventually, the sketchy guy did what sketchy guys do and socked White in the face. So the couple packed their Volkswagen and returned to Phoenix.

Joy and White’s tone-deaf video has provoked the ire of people throughout Chicago and even inspired a walking tour. But, if you take a look at the story on a deeper level there’s a lot to be suspicious about. While most news outlets have reported the heat the couple has taken on social media, the video is clearly an attempt to solicit ad dollars for Joy’s YouTube channel.

Throughout video, the couple goes out of their way to brand drop Subway, Best Buy, Chipotle, Volkswagen Jetta, Uber, and Ikea. Plus, some doubt whether the story even happened in the first place. No police report was filed after White was assaulted and his face appears to be completely fine in the video. So while the Internet has rightfully mocked the couple for their lack of street smarts, they should be enraged for a more sinister reason. They safely wove themselves into the story of real urban strife happening in Chicago, and gave the town a black eye, all for a few ad dollars.