The King of Beers is making a huge commitment to renewable energy. 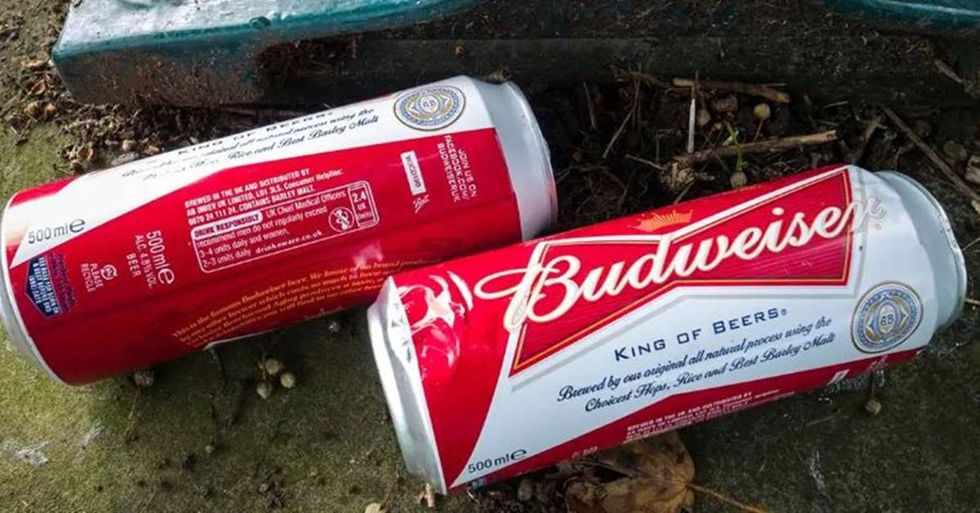 In 2017, Anheuser-Busch InBev — the people who make some of your favorite beers, such as Budweiser, Stella Artois, Corona, Shock Top, and more — announced that they planned to run on entirely renewable energy by 2025. At the same time, they announced a plan for a 30 percent reduction in their carbon footprint with the same target year. And now, they’re making right on that goal: Budweiser recently revealed they’re brewed with 100 percent wind energy.

The company honored the incredible milestone with a commercial celebrating their commitment to the planet, which was debuted for TV during the Super Bowl.

In addition to the message about renewable energy, the one-minute ad shares all the markings of a traditional Budweiser commercial: dogs, Clydesdales, and even a Bob Dylan song (yes, you guessed it — “Blowin’ in the Wind”).

“We are proud to be the first Anheuser-Busch brand and the first major beer brand to be brewed with 100 percent renewable electricity from wind power and hopefully we can use this moment to inspire others in our pursuit for a more sustainable future,” VP of Marketing Core and Value at Anheuser-Busch, Ricardo Marques, said in a statement.

As far as their plan for 100 percent renewable energy by 2025 goes, Anheuser-Busch is already making strides. As of right now, about half of the electricity needed in their 12 domestic breweries is provided through clean, renewable sources.

They are also making right on their plans to lower their emissions and their carbon footprint in the next six years; in late 2017, it was reported that the beer company ordered 40 Tesla Semi electric trucks for distribution purposes; in addition to adding the Tesla Semis to their fleet, around the same time, they also confirmed orders from Nikola Motors for their battery/fuel cell hydrogen trucks and Uber’s Otto autonomous trucks.

“At Anheuser-Busch, we are constantly seeking new ways to make our supply chain more sustainable, efficient, and innovative. This investment in Tesla semi-trucks helps us achieve these goals while improving road safety and lowering our environmental impact,” James Sembrot, Senior Director of Logistics Strategy, said in a statement.

“We can’t wait to get these trucks on the road and keep leading our industry forward to a greener, smarter future in partnership with some of the world’s most innovative companies,” he added. “The transportation industry is evolving fast, and we’re really excited to play a leadership role in driving this evolution by integrating these new technologies across our network.”