Here’s How The Media Projects A Presidential Winner 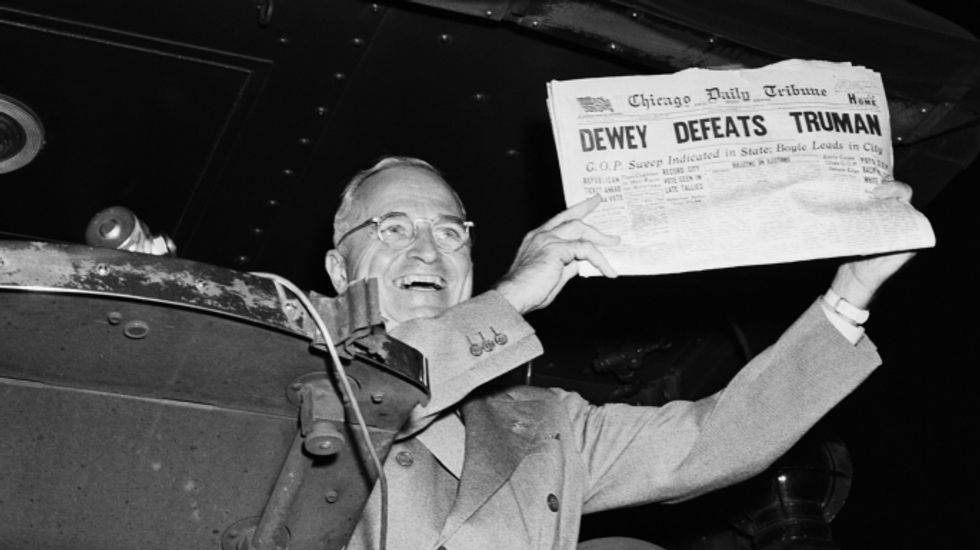 So here we are. Our electoral maps are filled out. Our ballots have been cast. The drinks are poured, the snacks are in place, and the TV’s on. In come the state-by-state projections. And one by one, none of them are retracted. The candidate the media says is going to win actually wins.

How do they do it? More to the point, how do they keep doing it, even as accurate polling becomes a harder and harder science, in both meanings of the word? And how can vote-callers keep up with the accelerating pace of news, which now moves as fast as Donald Trump can tweet?

Long story short, it’s complicated—but not as complicated as you might think. There are standards, and even as they’re being shaken up, they’re not being scrapped altogether.

Jennifer Agiesta, CNN’s director of polling and election analytics, released a helpful summary of what’s going on behind her cable network’s curtain. CNN’s decision desk is divided up into teams, each with a mix of nerd-tastic specialists. There’s a statistician to crunch numbers, a political expert who grasps the geography of each state down to a granular level, and so on. Of course, the teams get a first look at exit polls, where people tell pollsters why they supported this candidate or that one.

But as we have all learned, exit polls can be misleading. As a result, representatives from news organizations have long huddled over—and sat on—exit poll data, holding off on making decisive projections until the relevant polls have closed. In an effort to break out of that pattern, Slate and Vice News have decided to try something new. “Votecastr, a company helmed by Obama and Bush campaign veterans,” has partnered with the two “to provide real-time projections of how the candidates are faring in each state throughout the day,” Politico reported. Says Votecastr chief strategist Sasha Issenberg: “We're hoping to fill in the 24-hour void between the last pre-election poll analysis and the counting of the votes with data that can begin to answer the heretofore unanswerable question: who's actually voting?”

That’s the kind of question that discomfits many more established news organizations. Back in the ’80s, the networks flustered Congress by calling East Coast states so early that turnout west of the Mississippi was depressed. Then, in the ’90s, they dragged their feet to compensate. Now, to make the real calls in battleground states, Agiesta notes, “our first line of defense is a group of sample precincts that match precincts where the exit polls were conducted.” These comparisons can be drawn fairly early on in the night. But as things zip (or drag) along, someone approaches the magic number of 270 electoral votes, and the decision desk has to start looking very closely at data culled and curated from multiple sources like Associated Press wire reports and websites where state Secretaries of State post running tallies of votes.

The key is to pull together “internal consistency” from source after source, building a case of corroborating evidence that’s adequate to a confident call. Agiesta says CNN is lucky to have avoided any incorrect projections since 2000—when Florida had to be clawed back from Al Gore, leading to a long holiday season drama that culminated in that year’s infamous Supreme Court decision against him.

Still, increasingly established online news organizations want to find an edge against the networks and deliver value to nail-chewing users endlessly clicking refresh on their browsers. Although BuzzFeed News will be mainlining raw state data and cross-checking with AP wires, it’s also brought in Decision Desk HQ, a media group built from the ground up by respected relative newcomers working to own the data analysis ground game. “We’re a new media outlet, born in this swarming, chaotic, and polarized new ecosystem,” BuzzFeed’s Ben Smith wrote explaining the approach. “Our wizards don’t hide behind the curtain—because we aren’t pretending we have any secrets, just dozens of smart, experienced journalists and analysts working hard and who are utterly open to what our friends and rivals in the rest of the media conversation have to say.”