“The petty stereotype has become expected.” 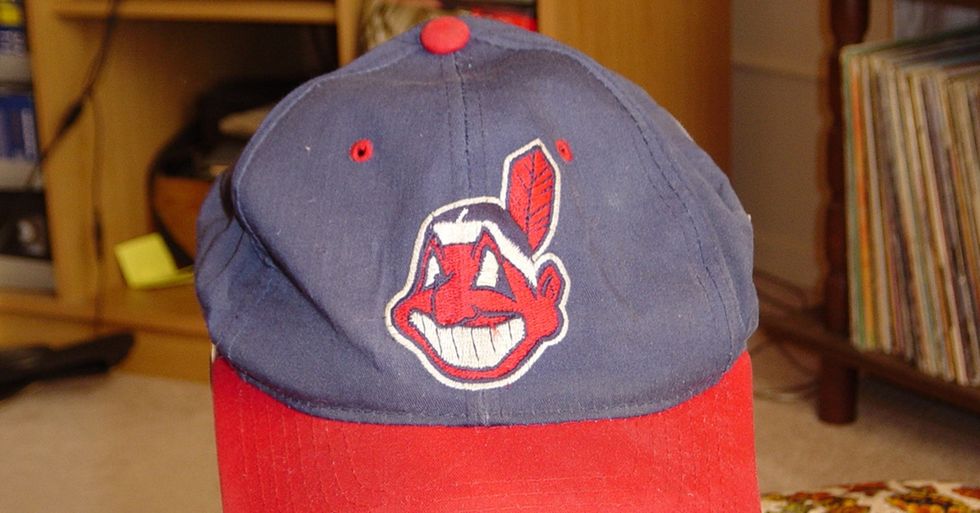 Would you proudly wear a ball cap with “New York Jews” or “San Francisco Chinamen” emblazoned on it? Probably not, right? The hats in the photo above look just as racist as a Ku Klux Klan robe, but Americans still wear Cleveland Indians hats featuring Chief Wahoo without any negative repercussions. America also roots for the Washington Redskins, a team named after a racial slur, and have no problem wearing a Chicago Blackhawks hockey jersey. Why is that?

Some believe that Americans have turned a blind eye to Native American issues because of the group’s lack of visibility. They are underrepresented in the media and, as of 2014, only 2 percent of the U.S. population were American Indians and Alaska Natives. “A good many Americans don’t know any Indians,” Kevin Gover, head of the Smithsonian Institution’s National Museum of the American Indian, told CNN. “The Indian you see most often in Washington, D.C., is at a football game—at the expense of real Indians, real history, real culture. The petty stereotype has become expected.”

This image, which went viral in 2013, was commissioned in 2001 by the National Congress of American Indians and created by the DeVito/Verdi agency. For more information on the subject, here’s a report by the NCAI on “Ending the Legacy of Racism in Sports & the Era of Harmful ‘Indian’ Sports Mascots.”