Why parents are ditching the traditional crib 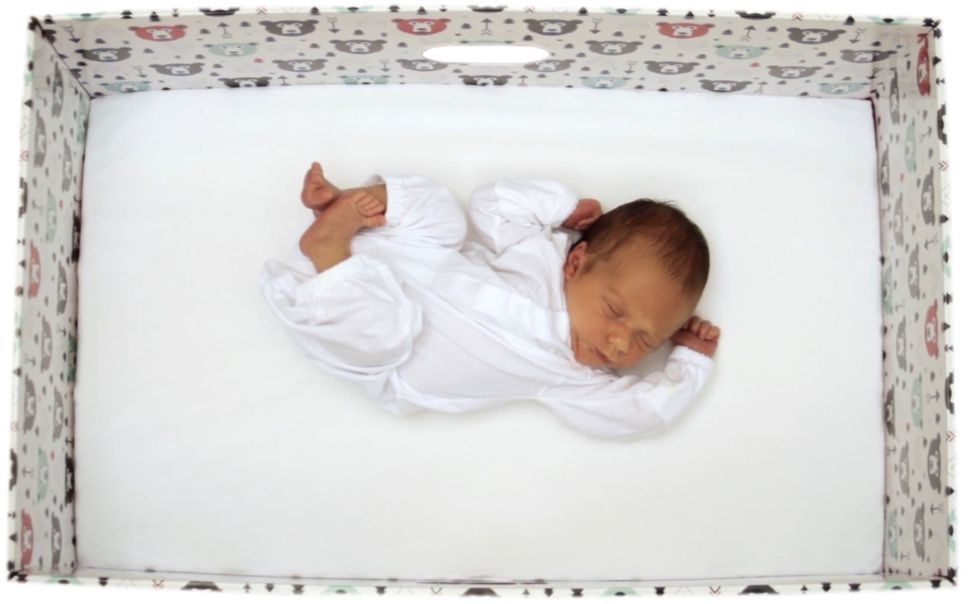 You wouldn’t think that in our advanced world of high-tech baby monitors, $7,000 cribs, and Andy Warhol-themed strollers, that the essential well-being of a newborn would come down to something as simple as a cardboard box.

But it turns out the kind of humble flaps of heavy duty paper one might find at Home Depot nurture healthier sleeping habits in infants. The rectangle shape and modest size not only encourage a baby to remain on his or her back, the limited size prevents the child from flipping over, which reduces the risk of Sudden Infant Death Syndrome. According to the Center for Disease Control, there were 3,700 cases of SIDS in 2015. Babies born into disadvantaged homes with fewer financial resources are more likely to die from unexpected suffocation related to SIDS.

Cardboard boxes keep babies from turning on their stomachs, reducing the risk of SIDS

The no-frills sleeping arrangement was first developed in Finland, but new programs in the U.S. are popularizing the baby box. Los Angeles-based business Baby Box Co. just announced a partnership with local hospitals to provide free boxes for families, which include bedding and other basic supplies.

Other states, including Ohio and New Jersey, are also testing a similar program, according to NBC News. The programs include safety tutorials for new parents which discourage sleeping with their newborns or filling a baby’s bed box with toys. Frilly bedding is also an added hazard for potential SIDS cases.

For more on baby boxes, infant safety, and the free box program, check out the Baby Box Company’s site.