“He lost the election, and he was put into office because the Russians interfered on his behalf.” 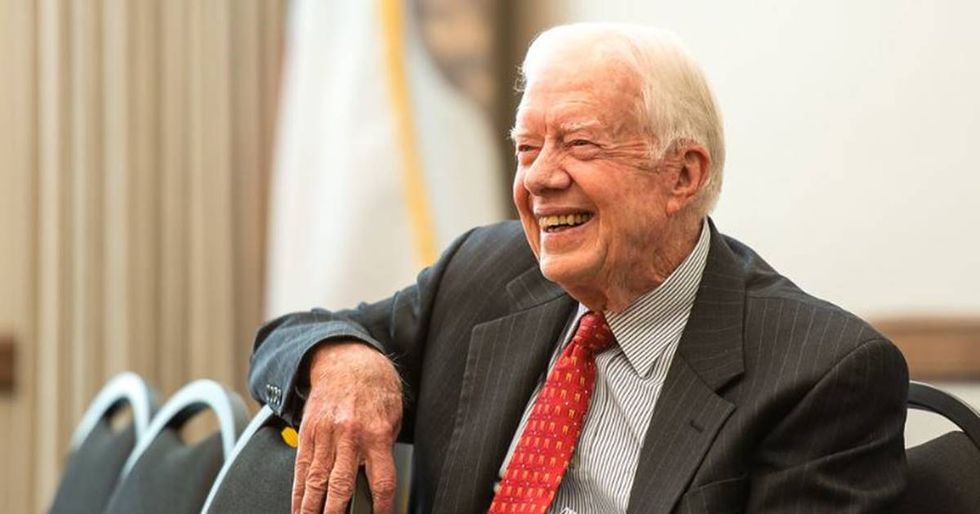 There’s an unspoken rule among former U.S. presidents to not criticize your successors. George W. Bush refrained from criticizing Barack Obama during his presidency.

“It’s a hard job. He’s got plenty on his agenda. It’s difficult.,” Bush told CNN. “A former president doesn't need to make it any harder. Other presidents have taken different decisions; that’s mine.”

Barack Obama said he’d remain quiet about Trump unless he threatened the DACA program. After Trump decided to end the program Obama released a scathing Facebook post. Last year, he hit back at him again saying he capitalized “on resentment that politicians have been fanning for years.”

Former president Jimmy Carter has had no problem violating the unspoken rule and calling out his successors. He called the George W. Bush administration “the worst in history.” He also criticized Obama for his dealings with Iran and North Korea and spoke out against Bill Clinton’s controversial pardon of Marc Rich.

Carter has also been very critical of Donald Trump, saying his campaign “tapped into a waiting reservoir of racism.”

On Friday, June 28, Carter took his criticism of Trump even further by deeming his entire presidency “illegitimate.”

Speaking at a Carter Center event at a resort in Leesburg, Virginia, on Friday, Carter was asked by moderator John Meacham how the U.S. should respond to Russia’s involvement in the 2016 election.

“Well, the president himself should condemn it, admit that it happened, which I think 16 [of the] intelligence agencies have already agreed to say. And there's no doubt that the Russians did interfere in the election. And I think the interference although not yet quantified, if fully investigated would show that Trump didn’t actually win the election in 2016. He lost the election, and he was put into office because the Russians interfered on his behalf.”

Meacham then asked Carter to clarify his remarks. “So, do you believe President Trump is an illegitimate president?” he asked.

“Based on what I just said, which I can’t retract, I would say yes,” the 94-year old said with a grin.

After the Mueller Report and confirmation from multiple U.S. intelligence agencies, there is no doubt that Russia interfered in the 2016 election to help Donald Trump get elected. The only real question is whether it tipped the scales in favor of him winning or whether he would have made it to the Oval Office without foreign intervention.

It’s stunning to hear a former president call one of the members of his small club ‘illegitimate,” but what’s even more shocking is that he may be right. The sitting president of the United States was quite possibly installed by a hostile foreign power.

After all, while Clinton beat Trump in the popular vote by nearly 3 million votes, Trump’s victory in the electoral college was decided by only 77,744 votes in three states.

Kathleen Hall Jamieson, a co-founder of FactCheck.org and author of “Cyberwar: How Russian Hackers and Trolls Helped Elect a President—What We Don’t, Can’t, and Do Know,” believes it’s “likely” that Russian interference changed the outcome of the election.

When asked Trump would be President without the aid of Russians, she told The New Yorker, “No. If everything else is a constant? No, I do not.”

In 2018, our partners at Upworthy posted a tongue-in-cheek article endorsing Jimmy Carter for president in 2020 because the one-termer is such a fundamentally different human being than Trump. But one can hope that in 2020 they wind up sharing something in common: being one-term presidents.