New Virginia Law Prevents Children Under 16 From Getting Married

Girls as young as age 12 were marrying much older men. 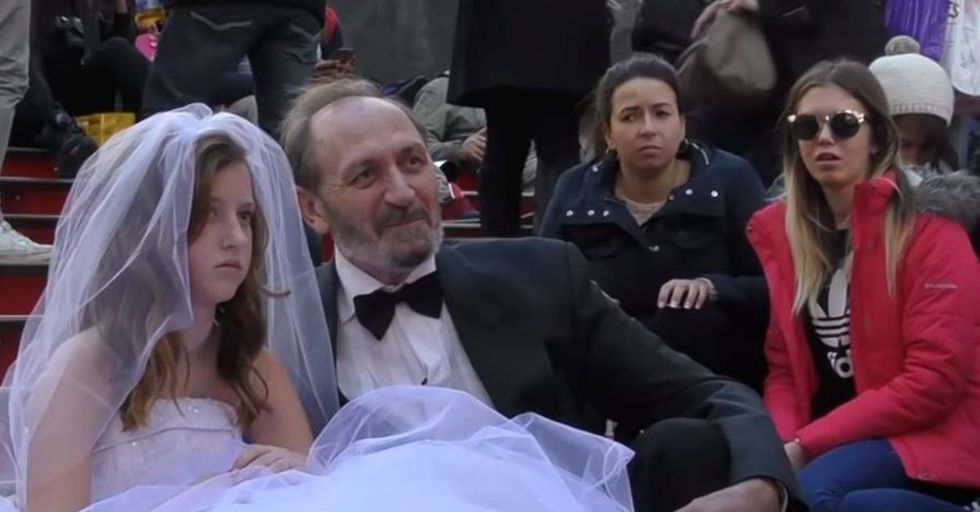 Women who marry as children run a higher risk of being subjected to domestic violence, teenage pregnancy, and poverty. They also suffer from impeded personal and educational development. When most Americans think about the issue of child marriage, they assume it’s something that only affects third-world countries. But a recently-passed bi-partisan law in Virginia shed light on America’s disturbing child-marriage problem.

Last Friday, a law in the state of Virginia took effect that banned marriage for all children under the age of 18 with the exception that 16 year olds can get married if they’re emancipated by court order. This law reversed an old statute that allowed girls as young as 12 to be married with parental consent if they were pregnant. This new law was long overdue being that studies on child marriage in Virgina paint a disturbing picture.

According to the Virginia Department of Health:

— About 90% of the underage spouses are girls; and among the youngest spouses (15 or younger), there are 13 times more underage brides than grooms.

— Children as young as 13 (and pregnant) were granted marriage licenses.

— Nearly 90% of these marriages were to an adult spouse, and between 30-40% of those adults were 21 or older, and sometimes decades older.

— 13: Number of children under age 15 married to spouses more than 20 years older

Although Virginia’s new law is a positive step toward curbing the U.S. child-marriage rate, there are more states that need to update their antiquated marriage laws as well. Since 2000 in the state of Maryland, over 3,000 children were married, nearly 150 of them aged 15 or younger. One notable marriage happened in 2007, when a 15-year-old girl married a 27-year-old man. Texas also has a terrible record for child marriage with 718 children between the ages of 15 and 17 being married between 2009 to 2013.

Learn more about child marriage in the U.S. at the Tahirih Justice Center.