#8: “He says he has foreign policy experience because he ran the Miss Universe pageant in Russia.” 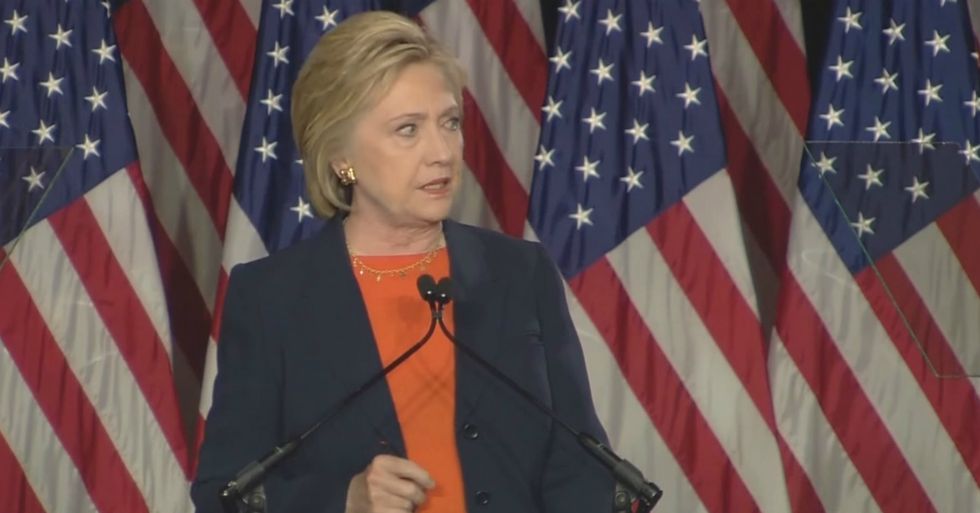 Last night in New York City, Democratic Presidential candidate Hillary Clinton unleashed a barrage of insults towards her Republican opponent Donald Trump. The speech, which had been promoted by the Clinton camp as a talk about foreign policy, showed a pugnacious side of a candidate known more for her wonkish pragmatism. In fact, her 35-minute presentation is being considered more of a comedic roast than a serious discussion on U.S. national and global security.

Here are 12 of her most brutal insults lobbed at Mr. Trump:

#11. “This is not someone who should ever have the nuclear codes because it’s not hard to imagine Donald Trump leading us into a war just because somebody got under his very thin skin.”

#10. “He has no ideas on education. No ideas on innovation. He has lots of ideas about who to blame but no clue about what to do.”

#9. “He says he doesn’t have to listen to our generals or ambassadors because he has, quote, ‘a very good brain.’ He also said, ‘I know more about ISIS than the generals do, believe me.’ You know what? I don't believe him.”

#8. “He says he has foreign policy experience because he ran the Miss Universe pageant in Russia.”

#7. “Imagine if he had not just his Twitter account at his disposal when he's angry, but America's entire arsenal.”

#6. “The stakes in global statecraft are infinitely higher and more complex than in the world of luxury hotels.”

#5. “I will leave it to the psychiatrists to explain his affection for tyrants.”

#4. “He believes we can treat the U.S. economy like one of his casinos and default on our debts to the rest of the world, which would cause an economic catastrophe far worse than anything we experienced in 2008.”

#3. “There’s no risk of people losing their lives if you blow up a golf course deal. But it doesn’t work like that in world affairs. Just like being interviewed on the same episode of ‘60 Minutes’ as Putin was is not the same as actually dealing with Putin.”

#2. “We all know the tools Donald Trump brings to the table — bragging, mocking, composing nasty tweets. I am willing to bet he is writing a few right now.”

#1. “Donald Trump’s ideas aren't just different, they are dangerously incoherent. They're not even really ideas, just a series of bizarre rants, personal feuds and outright lies.”

Her full speech below: